Who Are The Glue Guys and Glue Girls On Your Org Chart? 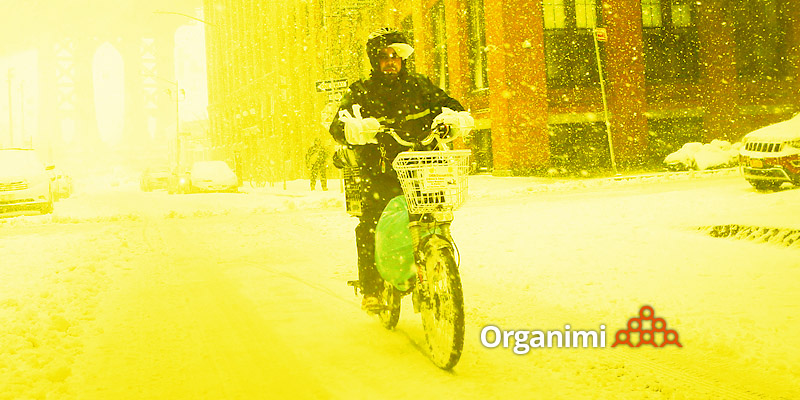 A couple of images caught our attention this week. Okay, so it hasn’t been like Boston, the US North East or Maritime Canada this winter – some places with almost 90 inches (over 2 meters for the youngsters) of snow.

But even for us Torontonians, renowned and reviled by other Canadians for our winter wimpiness, it has been a brutally cold winter.  February will go down this week as the coldest February ever.

And yet, we perservere.  Not only that, but some people – in the many ways people do this – step up and, unasked, do the many little things that make winter a bit more bearable for everyone else.  This is happening not just in Toronto, but around north eastern North America this winter; and it happens elsewhere, every day, every year.

The selfless act of giving – time, attention, physical and emotional energy – to tasks that benefit everyone around you, without any expectation for appreciation, or even acknowledgement.  It is among the finest of human traits.

Like the guys in my neighborhood who not only keep their own sidewalks clean, but also clean those of their older neighbours, and tend to the sewer grates in the street in front of their houses, to make sure that the water flows when spring finally does show up.

Secondly, I was fortunate enough last weekend to attend a hockey game with a good friend between my Toronto Maple Leafs, and the Winnipeg Jets.  Against all odds, and much of their 2015 season experience, the Leafs won…in overtime no less.

For a team that has been the league doormat for much of the season, and that has little hope of extending its season into the spring, the win brought a bit of much needed winter warmth.

But I was quickly brought down to earth by this image, a lovely bit of photoshopped dark humour, provided by one of my now numerous former Leaf fan friends should I be so foolish as to think of gloating. 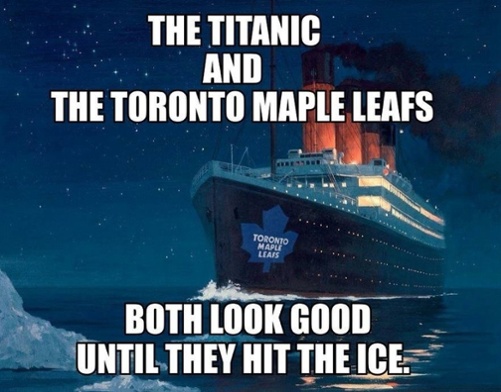 These two images got me thinking about “glue guys” – the people we don’t seem to notice, or take for granted…..and the people who – apparently – appear to be in short supply this season in Leafs (imagi)Nation.

For those unfamiliar with the term, “glue guy” seems to mostly originate from sport – most likely basketball, but also common in hockey.

And although I do use “glue girl” in the title for this post, and think it is a great example of an opportunity for a more gender balanced concept, if I search Google it REALLY is “glue guy” right now, and not “glue girl”.  An interesting side note for the glue girls out there who need to get the brand out.

Glue is an adhesive, and according to Webster’s Dictionary, the physics definition of adhesive is “a force that exists in the area of contact between unlike bodies and that acts to unite them.” or, more simply, “a substance that is used to make things stick together”.

In basketball, the glue guy “doesn’t care about how many points they score or how many minutes they play. All they care about is the team winning and knowing they did everything within their role to contribute to the team’s success (regardless of how large or small that role is).”

As described by Alan Stein, they are often seen:

In hockey, the same concept applies.  “Glue guys are the players who aren’t necessarily superstars, but are the veterans who can keep a team together by doing the little things that go unnoticed. All of these guys I mentioned aren’t just glue guys, but they are producing on the ice as well. There isn’t a more valuable guy you can have on your team than a glue guy who can still get it done on the ice.”

In life, as in sport, we all have the “glue people” in our lives – at work the people who keep things moving forward, without drama, and on the “down low”, are builders, team players, care about others, care about outcomes, avoid grand-standing, offer to help, clean up the kitchen, are cheerful, don’t take themselves too seriously, know what is going on, offer a sympathetic ear, don’t gossip, are kind and warm.  They promote employee engagement.  Their behavior is a huge plus for employee wellness overall, for everyone.

We can all picture them and know the traits.  You know them when you see them.  Or do you?

We’ve written in past blogs about using Organimi in sports, for teams and other organizations, whether for soccer (FIFA org chart) or football (Seattle Seahawks front office staff)

But organizations are teams in every sense of the word, as well, and successful organizations identify, acknowledge the contributions of, and develop their “glue guys” and “glue girls”.

One of the many nice features of Organimi is your ability to easily create and code multiple organizational designs and views, from the same core roster. Is it time to start thinking about your glue guys and glue girls a bit more?

A good place to start assessing where you are at, in terms of your organizational health, is to see if you can identify who the glue guys and glue girls are on your org chart – and if your senior team even has a common view about who they are and how to encourage them and develop more of them.

“Glue people” are one of many organizational persona types we will be exploring this year, as we delve a little deeper into sociemetry, the exploration of the hidden structures and relationships that give organizations their true form.

In the meantime, it’s never to early to start spring training…and believe it or not, spring is just around the corner.