Organizing The Organizers: Org Charts & Getting The Vote Out

North America is currently immersed in national politics – with the lead up to the 2016 US election campaign now well under way, and a longest ever federal election campaign running across the border in Canada.

On the surface, these campaigns appear to have little in common, with the possible exception of an affection for big hair among the electorate…as evidenced by recent polling around the current front running candidates anyway. 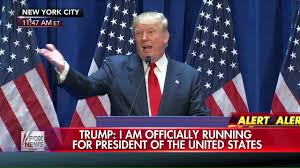 Look beneath the surface, however, and you see a trend – playing out in North America and elsewhere – a clear pattern of increasing disengagement as evidenced by declining voter participation rates across many democracies world-wide.

These developments are tracked by the International Institute for Democracy and Electoral Assistance (International IDEA), an intergovernmental organization that supports sustainable democracy worldwide, in its comprehensive analysis on  Voter Turn Out Since 1945: A Global Report .

The trend mirrors similar and much commented on survey results around disengagement and disenfranchisement in the work place, as we have discussed in earlier blogs.

Readers who accept that voter turn out is a vital statistic showing the declining health of democracies may also see a parallel connection to the “canary in the coalmine” evidence being documented by NASA and other scientific researchers across the world around global climate change.

Long term trends are now well under way, and little appears to be getting done about them.  What will the results be, whether they relate to the health of our democracies…or of the planet itself?

I was struck by this gap between ideas and actions as I read Austrian political economist Freidrich Hayek’s Road to Serfdom recently – a controversial treatise against government intervention, central planning and socialism, written in the after-math of the Depression, World War II and the massive escalation of government involvement in the management of the economies of most countries across the western world.  Right, wrong or otherwise he felt compelled to stand up and shout about an issue of significant concern to him and – he felt – of urgent interest to many others.  He “moved the dial” for everyone involved in politics, whether they sat on the left or the right.

There is certainly no shortage of “meat and potato” issues these days for those who find climate change – or political philosophy – too large or abstract an issue to deal with – like economic stagnation, lack of meaningful work, record low interest rates and high debt loads, institutionalized gridlock, and a global refugee / mass migration crisis….to name a few!  So if there are so many big issues at stake, why do people – at least as evidenced by their voting behaviors – not seem to be as engaged as they used to be around political outcomes?

According to legend, Napoleon Bonaparte famously stated that armies “march on their stomachs”.  In politics, ideas attract attention but organizational execution – getting organized and getting the vote out – drives outcomes. And getting organized involves – typically – harnessing the time, energy and enthusiasm of legions and legions of volunteers, most of whom don’t know each other, to work for a common cause and a party or candidate at the grassroots level that best represents their point of view.

In past blogs we’ve talked about “virtual teams“, “remote work” and the fluid boundaries of many of today’s organizations in different fields.  Street level political organizers in democracies are the “grand-daddy” of all of these trends.

Cloud based, and easy to create, publish and share, Organimi org charts are available for free for up to 75 members.  Organimi can be a great light weight tool for political organizers of all stripes to organize and connect their teams of volunteers – at the grass roots – to get friends and neighbours engaged, out and participating in elections….to drive change around the issues that are relevant to them…and to keep those volunteers connected and collaborating.

As events of the past 8 years have indicated, participation needs to be more than simply top down social media engagement and sound bites around change.  “We the people” need to get organized….or else….

In the immortal words of Joni Mitchell, in Big Yellow Taxi: