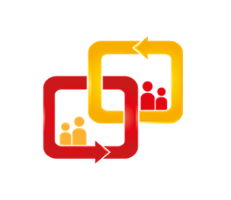 Imagine the new year fifteen years from now, in 2030, when today’s huge downtown office skyscrapers in some of the world’s largest cities have been recycled into mixed use commercial and residential condominium complexes…..to deal with the vast surplus capacity of office space generated by the coming “go remote” tipping point for most of today’s services organizations.

This will be one of the many societal transformations resulting from our continuing shift worldwide to remote work, virtual teams and virtual organizations; a process now well under way with today’s early adopters.

Like many of you, I spent New Years Eve enjoying the vicarious thrill of counting down the new year while watching the festivities from Times Square in NYC remotely, with friends at our local.  Our eyes switched back and forth between the live events unfolding at the party before us and the TV screen.  We were all watching the screen for the final countdown, sharing the same experience as tens of millions of eyes everywhere.

The end of the year is always a great time to take stock and tally up the milestones of the year while plotting the course ahead.

2014 was a year full of surprises, not the least of which (in popular culture anyway) was the commercial success of Taylor Swift’s 1989 album, a huge best seller spearheaded by the hit single “Shake It Off” that I hear “more than frequently” coming from my daughter’s room.  This amazing achievement was realized in a year of seeming cynicsm about celebrity culture, and despite a late year album release date in a world where “albums” are more an artefact of the past then a sign-post of the future.

On that TS scale of achievement, 2014 was a much more modest but good “next step forward” year for Organimi.  We’ve grown from a handful of users in 2013 to over 8,500 organizations of all types around the world this year – businesses, schools, not for profits, unions, religious organizations, sports teams – with almost 250,000 members.

In our supercharged information economy, we also all struggle with data overload – our need to keep up offset by the overwhelming volume of material to sift through, regardless of where we work or what we do.  This makes another new years tradition – the annual end of year new years compilation of “top x” lists – so handy.

As we worked to define our business plans and product roadmap in 2014 we received a lot of insight at Organimi from our users and also from many, many sources in 2014, among them McKinsey Group which this week published its 2014 Top 10 list of most viewed articles.

The new year is also a great time for pondering  future possibilities, after reflecting on past achievements. Billion of us around the globe were doing that – personally and professionally – while the ball dropped in Times Square last week on new year’s eve.

John Paul II is quoted as saying “the future starts today, not tomorrow.”

At Organimi, we were hoping to get to 10,000 organizations using Organimi org charts in 2014, so we already have some catch up work to do in 2015. Starting this week!  Spread the word if you like what we are up to.

Thoughts of Times Square at night led me to more general thoughts of the New York City nightscape, and then, as my mind wandered, to other signature night time skylines like Chicago, San Francisco, London, Paris, Rome, Berlin, Athens, Istandbul, Cairo, Jerusalem, Dubai, Mumbai, Hongkong, Shanghai, Dubai, Sydney, and back to my hometown of Toronto. 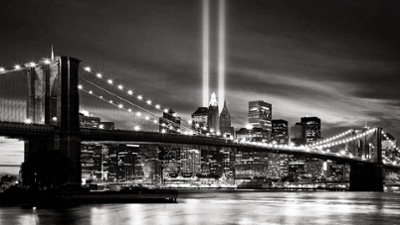 In 2014 one of the less commented on people trends we noticed was the continuing migration of people, particularly young people, and empty nesters, into (and in the case of more developed economies back into) the urban centers of their countries largest cities, living and working in vibrant city centers. In 2015 we expect this trend to continue.  We believe this is a huge trend, with deep roots, and a number of driving forces.  It has been happening for years, is gathering steam, and will continue well into the next decade, transforming our notions of workspaces and work itself in the process.

The common thread between these two thoughts as we enter 2015 revolve around basic human facts – where and how we choose to live and work.  At Organimi, as we look forward to 2015 we see this interplay between remoteness and connectedness – remote workers, remote work environments, virtual workspaces. We see a growing need to get and keep people and teams connected in organizations, and grow those connections, as they increasingly work virtually and asynchronously, in more fluid organization-without-borders structures.

Organimi is an organizational design tool that helps ensure people remain connected while working productively and effectively in the loosely coupled working environments that are starting to figure more prominently in all our daily working lives.  At Organimi we want to go from hundreds of thousands, to millions, of users in coming years.  So we know we have work to do on the product front to support that.  We will be releasing a new version of Organimi in January, 2015.

What will we do differently?  First we’ll be fixing some annoying bugs in the current product release. Thanks for finding us, and for your patience in dealing with them, as we always try and remember to say to our users.  Second, we’ll be adding some new features and capabilities, all of which originate from user enhancement requests we received in 2014, for which we thank those of you who shared your ideas and suggestions.  We’re staying focused on what we do and working to make it better  Lastly, we’ll be introducing some premium content options –  for those interested in those features or interested in supporting our growth financially.  We hope many of you will.

Last but not least, this time of year is a time for books – book giving, book receiving, and using holiday downtime for book reading.  In our next blog we’ll be discussing some ideas about remote work coming from Remote: Office Not Required, written by 37Signals founders Jason Fried and David Heinemeier Hansson, who share their experience setting up their virtual company over the past decade.

Best wishes for a safe, healthy and prosperous new year in 2015!