David Creelman is CEO of Creelman Research. He helps organizations identify, make sense of, and address important new issues in human capital.  His work with Andrew Lambert on one such issue (board oversight of human capital) won the Walker Award.  His work with Wanda T. Wallace on “leading when you are not the expert” topped the “Most Popular List” on the Harvard Business Reviews blog.  His much endorsed book on the on-demand economy & future of work is called Lead the Work: Navigating a world beyond employment.  It is coauthored with USC professor J. Boudreau and Towers Watson thought leader Ravin Jesuthasan.  David lives in Toronto. To get in touch email dcreelman@creelmanresearch.com. 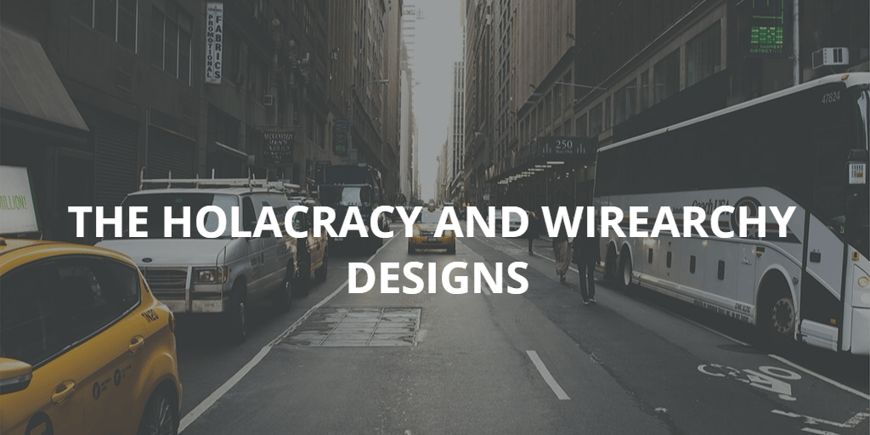 Retailer Zappos loves the spotlight so it was no surprise to see it announcing its plan for getting rid of pesky bosses and adopting a new organizational form called the holacracy.

Are they right? Can we get rid of hierarchy?

The idea of getting rid of hierarchy isn’t new. Henry Mintzberg wrote about a flexible form of organization called the Adhocracy in his 1992 book Structure in Fives. Management thinker Jon Husband has long been promoting the advantages of Wirearchy over hierarchy. Now with Zappos we have a big, high profile company (1,500 employees) saying that they are seriously going to do things differently. Is it time to burn the organizational chart?

The holacracy and wirearchy designs

The fundamental idea of holacracy and wirearchy is that most work gets done through networks of people, not through top-down command and control systems. Given this reality, the thinking is that it might be better to recognize and empower those networks rather than rely on hierarchy as the dominant method for organizing workplaces. 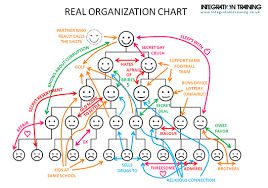 However, the notion that Zappos is getting rid of managers overstates the case. A Washington Post article notes, “There are no managers in the classically defined sense. Instead, there are people known as ‘lead links’ who have the ability to assign employees to roles or remove them from them, but who are not in a position to actually tell people what to do.” Okay, sorry, but it sounds a lot like a managerial hierarchy to me.

In fact, we can be quite sure that any organization that gets rids of a formal hierarchy will find a shadow one rising. We do need at least some hierarchy to manage an organization. The real questions are how much hierarchy do we need, how much should we emphasize it, and where can we use other “wirearchy” type mechanisms to replace the coordination usually handled by hierarchy?

The advantage of de-emphasizing hierarchy is that you can create a more agile organization with more responsibility landing on the people actually doing the work. The disadvantage is that if you don’t replace all the coordinating mechanisms handled by the managerial hierarchy with new mechanisms, then there will be miserable chaos. In fact, if you check out the Zappos site, you’ll see that their description is less about getting rid of managers and more about introducing a fresh batch of mechanisms to get work done.

What it means to you

Just as it is natural for humans in groups to create hierarchies, so too it is natural to imagine we’d be better off without them. What will help is for your organization to be aware of the range of coordinating mechanisms available (including self-organization) and carefully deploying the ones appropriate for your situation.

Is Zappos on the right track? Are self-organizing workplaces a trend, a fad or a fade?  Two years on the story is still unfolding at Zappos, with its struggles and trade-offs between empowerment and productivity sucking meetings upon meetings.  As one commentator noted about Tony Hsieh, company founder and Holacracy advocate, “These are pretty crazy experiments, but it’s Tony,” he said. “Sometimes he says things that don’t make any sense, but a few years later, they make sense. Maybe this is one of those.”

For those interested in word origins, the word roots of holacracy and wirearchy have long story lines, and reflect an interesting tension between power structures and self-organizing systems…a tension that continues to play itself out in this modern debate between structure and autonomy as the preferred mode of workplace organization.

The Greek root word for “hola” is “holos” meaning complete or whole, as in the holy spirit or holistic.  ~”cracy” words (like democracy, autocracy) are described as word-forming elements of Greek and Latin nouns meaning “power,might; rule, sway; power over; a power, authority, or strength.   For the roots of wirearchy, the word anarchy similarly comes from ancient Greek references to a person or society “without leaders.”

The term holacracy itself is also attributed to  Arthur Koestler‘s 1967 book The Ghost in the Machine with its references to a hierarchy of self-regulating holons (Greek for whole units) that function both as autonomous wholes and as dependent parts.  You can learn a lot more about holacracy here from a website created by Brian Robertson and Tom Thomison and dedicated to “spreadheading the development of the Holacracy method”.

What does seem to be clear, is that in accomodating new forms of organizational design, the “traditional” org chart may undergo some evolutionary changes, but there is likely to be some new form of alternative structure that replaces it.  In the meantime, and to borrow from the misquotation attributed to Mark Twain, rumours of the death of the org chart may be somewhat exaggerated.

We’ve talked about the pros and cons of virtual teams and remote work in past blogs.  Organimi helps you create great org charts, photoboards and directories…in minutes…regardless of the type of organizational design you are using.

Check out the latest release from Organimi.  Our beta now has custom fields and makes it even easier to share your org charts with everybody on the team – regardless of where they work…or who they report to…or don’t report to.