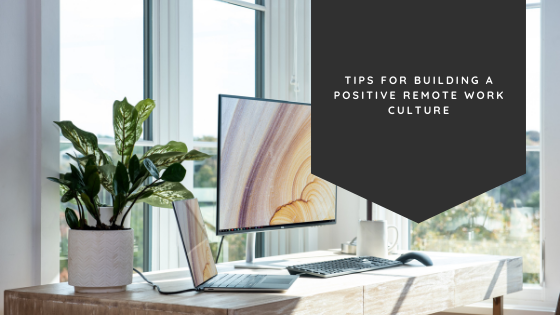 It takes more to build a strong workplace culture than free snacks, beer on Fridays, and pool tables. It takes genuine dedication to think about how your employees work together and what you as an owner, manager, or supervisor can do to make improvements. But how can this be achieved and maintained at a time when teams and their members are distributed and working in isolation.

Carry on reading for tip tips from our own distributed team here at Organimi!

Prioritizing culture is a smart thing to do. Companies that have a strong culture and happy employees naturally have lower staff turnover, are more profitable, and attract top talent.

When a company lives up to its promises and core values, its culture will dramatically improve employee satisfaction and how customers and the general public perceive you. It will also turn employees into your greatest advocates, improve their wellbeing, and play a huge role in talent retention.

In short, culture is important because it greatly affects how successful a company will be.

Since remote teams are physically dispersed, the need for a strong culture is all the more important due to the absence of in-person interactions. At the same time, building and maintaining a strong culture when a team is physically spread out is a bigger (but not impossible) challenge.

Tips for Building and Maintaining a Strong Remote Work Culture

With this in mind, we’ve put together a brief list of tips for how you can go about building a strong culture when your team is physically separated.

1. Use the Right Apps and Tools

When your team is collaborating virtually rather than in an office environment, it’s important that they have the right apps and tools at their disposal and that these also match up with the culture that you’re trying to create.

If, for example, you’re wanting to create a more fun and laidback culture, go with apps that match up. Instead of purely email-based communication, which is largely seen as stuffy and corporate, opt for something like Slack that offers a more “social” and casual way for your team to communicate with one another. In your team’s Slack, you can have different channels dedicated to work-related chit-chat and serious communications and others made purely for socializing.

Slack is great, but it’s no replacement for video communications and conferences when there’s an important meeting, announcement, or something that’s better said over the air rather than by text. And for this, Zoom is arguably the best tool that’s out there at the moment.

However, not everybody loves Zoom—the mere mentioning of the word can be enough to make eyes roll. It doesn’t need to be this way, though. Zoom doesn’t need to be a corporate tool that’s used rigidly for serious business only, and team leaders should be leaving room for casual conversation both before and after meetings in order to help foster a better culture. 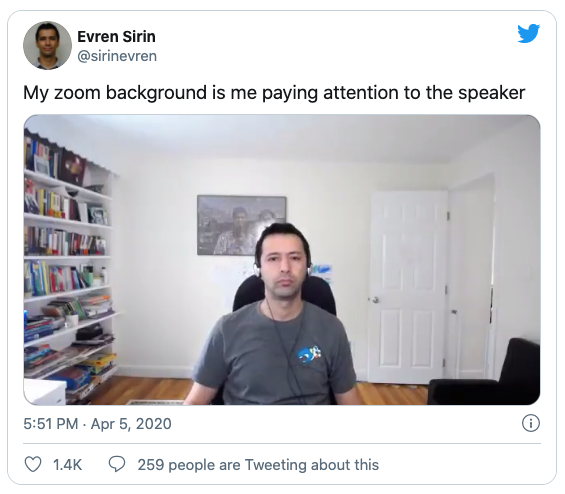 A little chat in the minutes leading up to a meeting isn’t going to kill productivity, nor is socializing at the end going to make people immediately forget everything that they’ve heard. These few minutes of social time both before and after meetings are crucial for strengthening professional relationships and helping people to stay sane!

Be mindful of how much time is spent on video conferencing, though. Not everybody enjoys it, and many are finding that it’s contributing to stress and increased mental fatigue. While video chats are never going to be perfect for everyone, you can help by doing the following:

3. Create a Sense of Shared Leadership

When you’re supervising a remote team, it’s important to give people the opportunity to use their initiative and play their part in leading the team. Avoid being the kind of supervisor or leader that delegates tasks out with impunity. Instead, give team members the chance to delegate tasks among themselves as they see fit.

A good way to prompt team members to take an inch and lead one another is to assign certain team members as mentors. You can ask these people to help onboard new members, host virtual events, and take part in leading meetings. Not only does this take the pressure off of you, but it also allows team members to demonstrate their leadership skills and solve problems among themselves.

If you’re running a remote team for the first time, chances are that you’re not going to get everything right this time around. In fact, you may not start hitting the ball out of the park for a while yet. But that’s OK because you always be collecting feedback and finding ways to improve, even if your remote team and its overarching culture are seemingly perfect.

Set an expectation of regular feedback and be sure to ask for it often. Reflect on what you’re told, how people feel, listen carefully to your team, and then make adjustments as and when they’re needed. This culture of constructive feedback will help you to be a better leader and make your team feel as though they’re not only valued and safe to speak their minds but that they’re actually heard.

All companies want to succeed and perform better with each passing year. But for this to happen, a company, and by extension managers and team leaders, must look after its employees and create a positive company culture.

This has never been as important as it is today. With many companies now working 100 percent remotely, new challenges are being faced in every facet of business, including employee wellbeing. As a result, managers, team leaders, and other key players must prioritize building and maintaining a positive culture for their remote employees so that they can stay motivated, switched on, and well during these turbulent times.