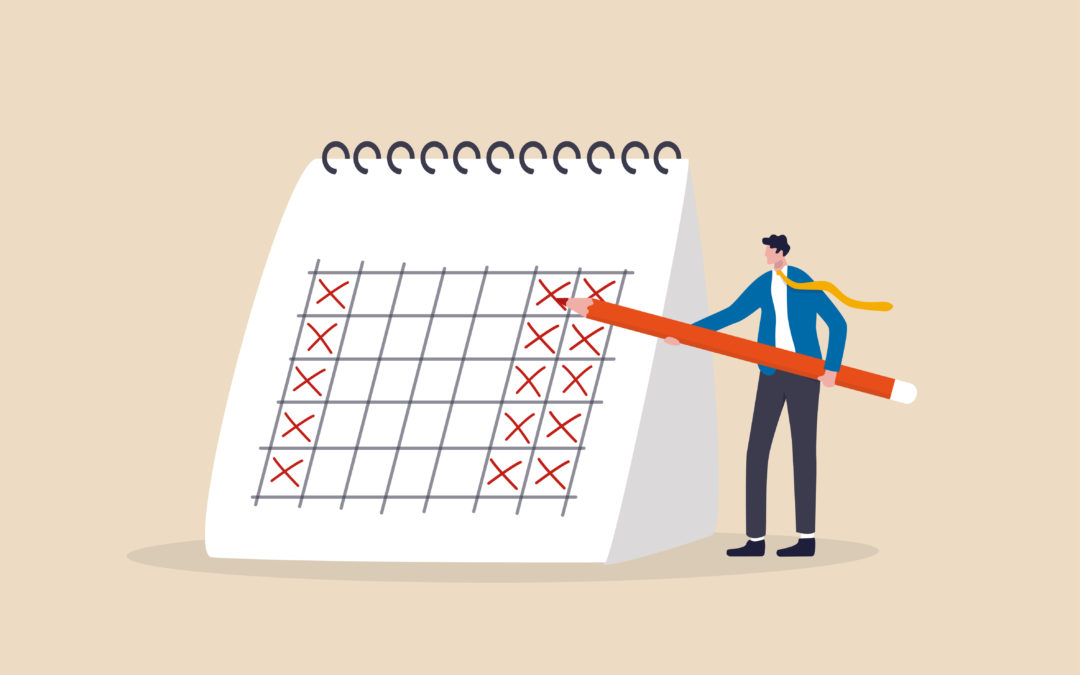 Everybody loves a 3-day weekend. Unfortunately, they only come around a few times per year for the majority of us. But could they soon become the norm?

With the sudden pandemic-led shift to working from home and an increase in hybrid working, there has naturally been more and more discussion around things like work-life balance and the normal Monday to Friday five-day working week which dominates the western world.

After more than two years of pandemic-led change, however, is it about time to rethink our obsession with the five-day, 40-hour work week and, if we do, are businesses likely to continue to boom, or could it inflict serious damage by hampering productivity and lead to a major bust?

The Case for a Four-Day Working Week

Although the five-day working week used to be an ideal model that delivered the most value to employers, it was created in an era where the majority of people worked on factory floors in hands-on jobs where the amount of time spent working directly correlated with output value: More time on the assembly line meant more products were produced more quickly, which in turn meant more products could be sold.

It’s safe to say that things are a lot different today, though. With the evolution of technology and the increase in office-based (or let’s be more accurate, computer-based) roles, the idea that long hours spent at work equals more output value isn’t necessarily true. If anything, more time needlessly spent “working” could be said to have the opposite effect as workers suffer from mental fatigue and grow to resent their role. This is bad news for both the employer and the employee.

While the idea of a four-day work week might be trending now, it’s not exactly a new idea. In 1930, British economist John Maynard Keynes predicted that we’d be working as few as 15 hours per week by 2030—while his prediction is a little off, the sentiment was there. A few decades later, Richard Nixon famously said that he expected a transition to a four-day week in the near future.

Now, in the post-pandemic landscape, companies all over the world are experimenting with the idea of a four-day work week for the first time, and these are producing encouraging findings. According to a trial that took place between 2015 and 2019 in Iceland, a four-day work week has been an “overwhelming success”, and with several trials underway all across the world involving companies like Unilever, Microsoft, and Kickstarter, it’s likely that we’ll hear more of this in the near future.

According to recent research by Henley Business School, more than two-thirds of companies believe that offering a four-day week will be essential for future success. After the release of their 2019 white paper, Four Better or Four Worse?, which explored attitudes towards the four-day work week and flexible working in general, the researchers revisited the subject again in 2021 and performed a quantitative survey of over 2,000 employees in the UK. Their findings? That the four-day week positively impacts well-being, with 78 percent of employers saying that their employees feel less stressed at work.

Here are some of the other biggest advantages of the four-day work week:

More hours =/= more output: Supporters of a shorter working week say that the current work environment being defined by long hours and the “always-on” mentality is damaging and is not necessarily the best way to support productivity. In a 2019 trial, Microsoft’s Japan office experienced a 40 percent increase in productivity when it trailed a four-day working week, and many other firms have reported similarly high figures. It appears that in many cases, cutting the working week by one-fifth can actually boost productivity.

Improved mental wellbeing: The pandemic arguably did more to shine more of a light on mental health and the importance of supporting employee well-being than any other event or movement in history. Employees who work fewer days per week have consistently reported several positive side effects that help to support their wellbeing, such as having the time to exercise more, being able to get involved in fulfilling volunteer work, and having more capacity to focus on furthering their education through part-time degree programs.

Better recruitment and retention: The increase in hybrid and remote working during the pandemic has led to employees not just yearning for greater flexibility but demanding it. And many are not afraid to leave their jobs in search of new opportunities when employers refuse to compromise. According to the CIPD, the majority of workers believe that flexible working is a positive for their quality of life, and that 30 percent of people think it helps to improve their mental health. By offering more flexible working patterns like a four-day week, you could see drastic improvements in recruitment and retention—something which many firms are struggling with at the moment.

Unfortunately, the four-day model isn’t one that’s going to work for all businesses and there are some disadvantages to it that need to be given careful consideration by employers that are considering a shift to it.

Lack of coverage: Moving to a four-day work week could mean that a business runs the risk of not being able to provide adequate coverage for customers and co-workers. For instance, if half of a company’s workforce took Monday off while the other half took Friday off, scheduling could become a challenge, as could providing client coverage, or ensuring the right balance of experienced vs newer employees. The extent to which this is a challenge will depend on factors such as industry, company size, and what the business does, however.

Less productivity: Although we highlighted more productivity as one of the advantages of a four-day working week, this isn’t a given. It could well be the case that an organization experiences a drop in productivity instead. Actual results will depend on your team, with established workers who have more responsibilities likely to maintain their productivity levels while less-experienced workers run the risk of being less productive—not necessarily by choice.

Potential equality problems: If a four-day work week does gain traction and becomes the norm, one of the biggest disadvantages could be that it might serve to widen existing inequalities. For example, it’s easy to see how a four-day working week might widen existing inequalities between workers in salaried professional roles and flexible or manual workers who are usually paid based on the time they spend working.

Is a four-day week the future?

It’s hard to say whether the four-day week will boom and becomes the norm or end up being a resounding failure. It’s still very early days and there’s a lot that needs to happen before we start seeing any major widespread changes.

What is certain, however, is that organizations will need to keep an open mind as employees’ attitudes and relationships towards work change in the post-pandemic world. Those that listen to their employees and compromise on things like flexible working will find themselves in a better position to grow and thrive whereas those that choose to stick with the status quo will find it increasingly difficult to maintain it.