How to Cultivate Startup Culture in a Fast Growing Company 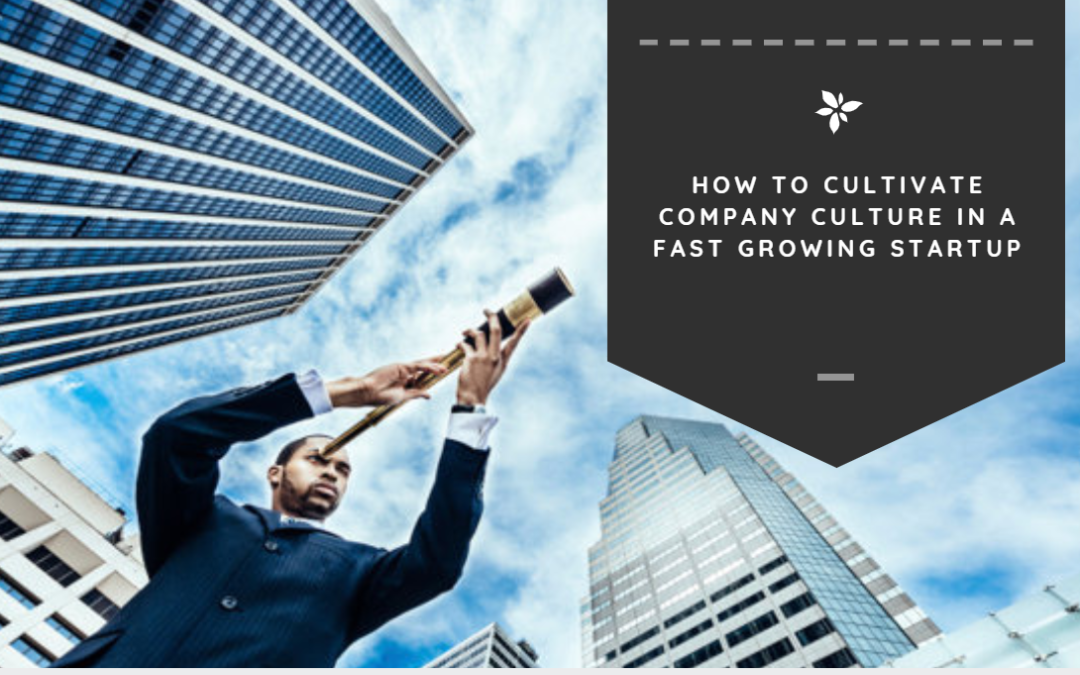 It’s what every startup hopes for — to catch on with your target market and experience the exponential growth that is possible in today’s digital landscape. However, it can be difficult for companies to cultivate and retain the culture that they set out to create when things are changing so rapidly around them.

It’s too common for a startup to enter new phases of growth but watch as the company culture that they so carefully cultivated slips away. Creating and facilitating a company culture in a company of fifteen is a lot easier than in a company of one hundred. It becomes increasingly difficult as companies grow and have to deal with new personalities, management with new ideas and styles, and less time to devote to culture-centric tasks.

In this article, we’ll cover some of the steps that fast-growing startups can take to now only help them to cultivate the right company culture, but retain it as they grow.

Sometimes a company culture has to change as the company grows. Cultures aren’t always meant to stay static. But you don’t want to promote certain principles in the early days of your startup, only to pull the rug out from underneath and introduce a new cultural outlook a short time later. Startups are more likely to include remote workers, which requires its own considerations when it comes to culture.

A big part of company culture is the way that we work together. Facilitating a culture where people are expected to be effective but independent, while still coming together for collaboration is critical. A company culture that demands that everyone have input on every decision makes it difficult for that culture to grow as the company does. Eventually, there will be a breakdown.

Choose and promote a company culture and principles that will work just as well with 250 people on your payroll as it did with 25.

Hire Candidates that Align With Your Core Values

Trying to shape a new hire into what your company culture demands just because they had the skill set that you were looking for is a tough process. It’s much easier to hire people that may need a little training, but are much more likely to be a good fit within your company. Hiring new people is expensive. Someone that aligns with your company’s core values from the onset is much more likely to stick around.

Hiring for culture isn’t a new concept. But it is one that serves startups in rapid growth particularly well. When you hire for culture, you’re less likely to see that culture begin to slip away.

Culture Comes from the Top-Down

Your executives have to set the standard. If your company culture calls for transparency and honesty, but your executive team routinely makes big decisions in secret, without feedback or letting people weigh in on the decision, your teams won’t feel so inclined to adopt your culture in their own work.

Invest In Career Advancement for Employees

The more training that you provide your teams, the more chances that you have to instill your company culture into your work processes. Not only is providing ongoing training, skill enhancement, and career advancement a choice that endears you to your employees — it’s an excellent opportunity to instill company culture as well.

Use career advancement as a way to not only show employees that you care but also help to drive home the principles and values that you hope to instill in everyday work life.

When actions or decisions put your company culture at risk of falling out of step with your expectations, the worst thing that you can do is to make your employees feel like their voices are not being heard. Giving your employees the ability to share feedback, issues, and complaints both in-person and anonymously can help you to detect issues within your company culture from the onset, rather than letting those problems go.

Company Culture Should Be Somewhat Fluid

Rigidly hanging on to the cultural principles that were a big part of your organization with a small team may not be the best choice. Sometimes, there are other values that you want your company to represent that may differ from the values that you chose when it first started.

Be willing to change and adapt. As your startup culture grows, there may be different ways of espousing the same tenants that you started with. Be willing to adapt, change processes, and find new ways of sharing those same values with a larger group.

Too often, companies operate with the belief that retaining their company culture requires a certain rigidity. While that is true in some cases, not all aspects of your culture will be designed to grow with your company.

Startup Culture with Growth in Mind

Design your startup culture with growth in mind. Work to ensure that your teams are able to provide feedback and contribute as your team grows. Retaining a strong startup culture as your company grows can be difficult, but is definitely possible if you are committed and forward thinking.