Pros and Cons of the Matrix Org Structure 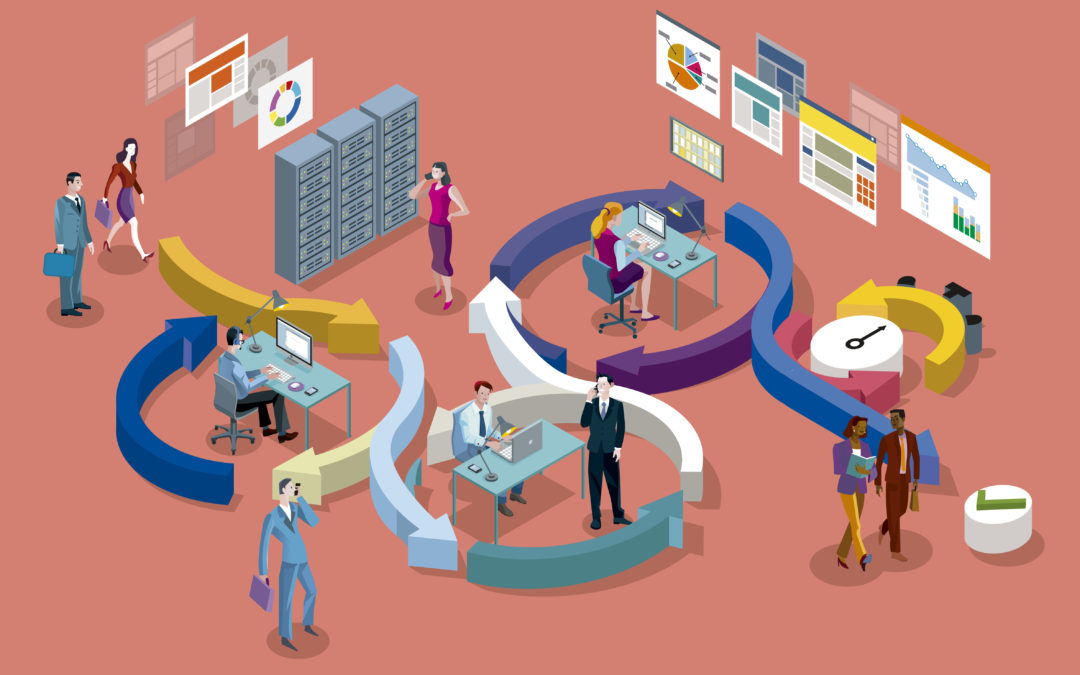 What is the Matrix Org Structure?

We’re all familiar with the hierarchical business model and traditional org charts, but what about matrix org charts and the wider matrix organization structure?

This model is used when there are multiple cross-functional, cross-business groups within a company. Often, the people in this matrix often have more than a single line manager, more than one job role, more than one department… you get the idea.

Matrix structures happen because work processes are not as linear as they once were, if at all.

Somebody with the role of ‘Social Media Manager’, for example, may have a role that spans internal communications, sales, customer relations, and digital marketing, plus everything else that comes with the role such as project management and strategy formulation.

As lines between roles and working relationships become more and more blurred, both internally and externally, and job roles become much more varied, knowing how to work and staying organized in a matrix organization becomes all the more important.

Where Did the Matrix Structure Come From?

The matrix org structure developed naturally as businesses responded to the growing size and complexity of their projects.

We first saw this in the U.S. aerospace industry in the mid-century. Up until this point, organizations here had been operating under single hierarchical structures. While the hierarchical model worked fine when these organizations were only focusing on one project at a time, it struggled under the pressure of multiple complex ones.

As time went by, the use of one discipline to structure a project became more and more uncommon. However, there was still a need for a single source of information and responsibility for each individual project. Instead of creating several autonomous projects that operated in isolation, a matrix approach was developed.

How is the Matrix Org Structure Different?

In a traditional hierarchical structure, everyone in the organization reports upwards, ultimately, to a single boss. In contrast, the matrix org structure is very different. In a matrix organization:

How Does the Matrix Org Structure Work?

In a matrix organizational system, two or more structures are combined to create a system that works best for a team.

In other words, team members have two distinct line managers with different responsibilities. These managers play fluid roles while answering to the executive who is in a fixed managerial role.

This type of org structure is ideal for teams that have multiple projects active at once. Instead of creating lots of separate teams for each project, existing teams can be split up and be assigned their own specific managers who can guide them through a project that runs alongside their existing tasks and responsibilities.

There are several pros to the matrix organizational structure, including:

These must be balanced with the cons, however, which include:

The Choice is Yours

Whether the matrix or hierarchical org structure is used within your organization is down to you. Which is right depends highly on the nature of your business alongside a multitude of other elements such as size and strength, types of project, your workforce, and so on. In addition to your organization, there are other things to account for such as project management approaches, styles, and methodologies.

If you think your organization may benefit from using the matrix structure, you should analyze your team, available resources, needs and demands, projects, and timelines to determine whether it is the right way to lead your employees.

Whether you opt for the matrix structure or decide that the traditional hierarchical structure is best, Organimi is the only org chart tool you will need to start building your own structures.

Our industry-leading, cloud-based org chart building tool is trusted by thousands of companies worldwide, including big names like Amazon, who use it to streamline their workflows, plan projects, and build clear and concise hierarchical structures for their employees.

Click here to start your two-week free trial of Organimi.