Org Charts for Reorganizing Your Organization 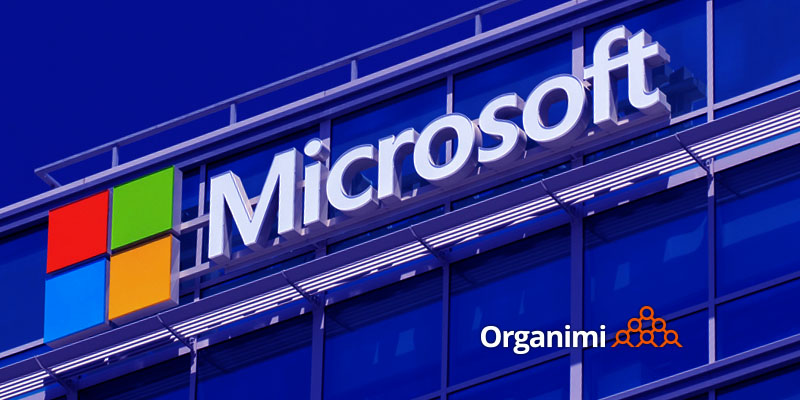 “About every two years in its 20-year history, Microsoft has undertaken a major reorganization. We changed the structure of the company at the beginning of 1994 and again in February of [this year]. I’m sure we’ll change it again many times. Reorganizations are expected aroundMicrosoft“….Bill Gates (1996).

Organimi is a great org chart tool for planning reorganizations – online, private, flexible, and agile.  Once you load your team roster, Organimi makes it easy to iterate, clone your current structure, and explore the options and alternatives.

But to what end? Why should anyone care?  In past blogs we’ve talked about the benefits of reorganizations for team members.  In today’s blog we explore the benefits to the organization itself.

I pondered this question as my fashion school/millenial/vegan daughter pronounced that “Vogue is a mess” over breakfast on the weekend – a traditionally dominant industry magazine working to “keep it fresh” in the midst of a torrent of transformational change sweeping across and disrupting the publishing, media and fashion  industries.

For many of us, “reorganizations” are more associated with business mergers, insolvencies, crisis management, or worse: stasis. Politics and anxiety are typically front and center.  No surprise since reorganizations, restructurings and other “shuffles” are most often associated with declining performance…or complete failure.  No one says it better than Dilbert.  When you think org charts and reorganizations, does this sound like your workplace? 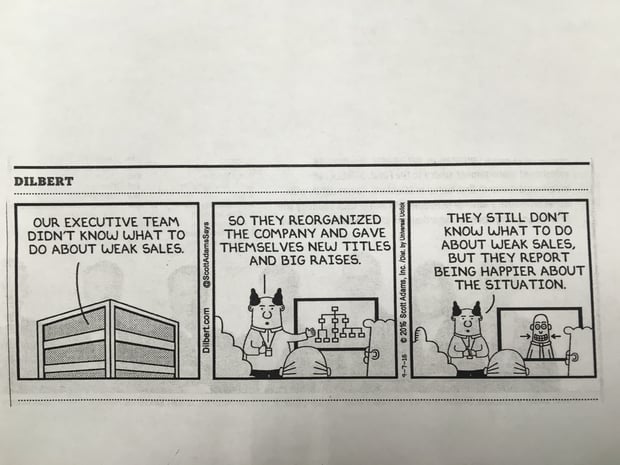 At that time, Microsoft was the colossus of the technology industry.  It was admired, feared and beginning to have its dominance challenged by the fast growing consumer adoption of Internet technologies.  Hard on the heels of his infamous “Netscape memo”, Gates described Microsoft’s 1996 reorganization in context of that strategic challenge — creating an organizational design that would promote the building of Internet software as quickly as possible, while retaining Microsoft’s dominant position in personal computing platforms, applications and tools. 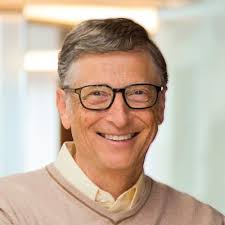 But he communicated much more.

Corporate reorganizations may be prompted by failures now and then, but more often they are essential elements of success. Done properly, a “reorg” can move people into new areas where they can be more creative and effective.

People often hit plateaus, get too comfortable in their jobs, and no longer come up with new approaches. A realignment presents them with fresh challenges.

Gates believed, in short, that reorganization was an integral strategy lever to ensure the future innovation, health, growth and longevity of the business itself, quite apart from the goals of growth or personnel development.  This reorganization was simply an illustration of that principle.

On the mechanics of reorganization he offered some best practises suggestions – maintaining a high level of confidentiality to avoid the temptation to rush decisions once word leaked out a reorganization was in the works, keeping the focus on whether or not the organization was making the right decisions, and whether key employees will be enthusiastic about their new roles; assessing if the reorganizational effort made it clear what groups were supposed to do, minimized the dependencies and overlap between groups, and offered developing employees larger responsibilities; having an effective communication strategy in place, and a strong commitment to post-reorganization monitoring to ensure design and reality align.

His observations were also mixed with a healthy dose of skepticism to ensure senior managers were able to answer tough questions thoughtfully before embarking on reorganizational eforts, with questions like: What are our goals? How can we move them into practice? What does this imply for our structure? How do our people map into this? Can our people get excited about it? Will they really sign up for their new roles?

True to his word, Microsoft has continued to evolve…and reorganize.  Leading by example, he promoted a culture of continuous change over three decades of management, using the reorganization lever as a powerful management tool to accomplish this “keep it fresh” drive organization wide….from the top down.

Four years later, in 2000, he ceded the CEO title.  Reorganizations focused the company on enterprise server and database applications.  By 2006 he announced he would step down entirely by 2008, telegraphing the most significant change in the company’s history.   More recently, with his successor Steve Ballmer out and Satya Nadella now two years into the CEO role, another reorganization has been announced; the focus shifting to cloud and social technologies and realigning the management structure to reflect those opportunities.  The recently announced planned acquisition of LinkedIn – for a purchase price equal to 5% of Microsoft’s own market cap – shows there is no slowdown in sight.  We can likely expect other reorganizations at Microsoft in 2018, 2020…

The work continues.  The transformation continues.  Sure, there have been spectacular failures.  Internet Explorer, once the dominant browser, now has less than 15% of the market.  Chrome dominates.  Microsoft’s mobile operating system for smartphones is not relevant to most consumers and businesses.  Instead, Android and Apple are the two giants.  And yet Microsoft today has grown from market cap in the 90s of $72B to over $450B.  Despite setbacks such as these, the organization has been successful by any measure.

Particularly against the backdrop of the dynamic and evolving tech industry, where industry giants like Motorola and Nokia, as well as upstarts like RIM, have been crushed by more innovative competitors, or taken down by self-inflicted gunshot wounds, in shockingly short spans of years, this is a truly impressive accomplishment. 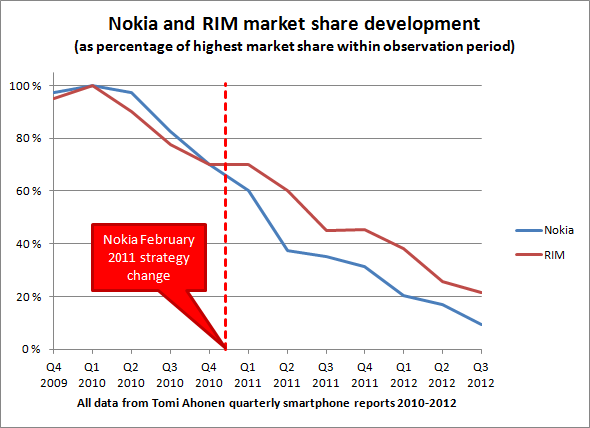 Microsoft is not alone.  Other market leaders in tech like Google have used reorganizations for similar strategic objectives, and with spectacular results.  Similar stories are playing out in other industries.  So what is the secret?  Does the process of reorganization – the continuous expectation of reorganization even – play a part?  Is there something deeper to this “keep it fresh” thing? 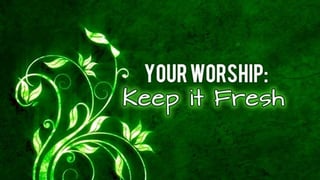 In a recent thought-provoking piece entitled “There Is No Such Thing as Corporate DNA” Boston Consulting Group gives a resounding “yes”, suggesting that there are no longer any sacred cows, that the notion of corporate DNA is itself a myth, and that the central focus of organizations to ensure longevity has to be on the virtuous circle of innovation, restructuring and growth.

A companion piece places this theme against a backdrop of current organizational structures that actually prevent many businesses from capturing the superior customer insights they need to support their growth agenda.

Paradoxically, perpetuity comes from change—constant change. It is important to understand this, because as the world pulls out of the Great Recession (which has clouded economic prospects for so long), we are about to embark on yet more unsettled times. The world is becoming more complex, change is happening faster, and the future will be even more volatile.

Put more succintly, they suggest that legacy mindsets in most organizations have resulted in a clinging to their company’s so-called DNA when radical change—evolution with a capital “R”—was called for.  This is no longer on….at least for those organizations that want to be around.  What has been gently referred to in the past as “the Innovator’s Dilemma” feels a lot more like a blood sport these days.

At Organimi we have noted in past blogs the emergence of talent platforms, the concept of virtual organizational designs, and the reality of aging workforces as powerful trends.  They all speak to both the needs of and demands on organizations to recalibrate organizational structures and boundaries to take advantage of the best available talent and resources at the lowest possible cost in pursuit of their innovation, restructuring and growth agenda.  Not simply to tweak but to explore the radical new structures globalization and technology innovation make possible in organizational design.

With thousands of customers using Organimi, over 1000 customers now on paid plans, and an API in the works, we have lots of users experimenting with reorganizations, alternative organizational structures, and more transparent sharing of organizational information.  And by the sounds of things, that is a good thing!  If you are one of them, you can feel good about knowing you are doing the work needed to “keep things fresh”.

At Organimi we hope to continue to lower the barriers for further experimentation and innovation around organizational design.  In the current business environment, that kind of capability and agility is needed more than ever.

If you want to do some organizational experimentation, or are simply trying to figure out the options to align your organizational assets for growth in today’s dynamic environment, you may want to give Organimi a try.