Org charts, decentralization and the law of accelerating returns 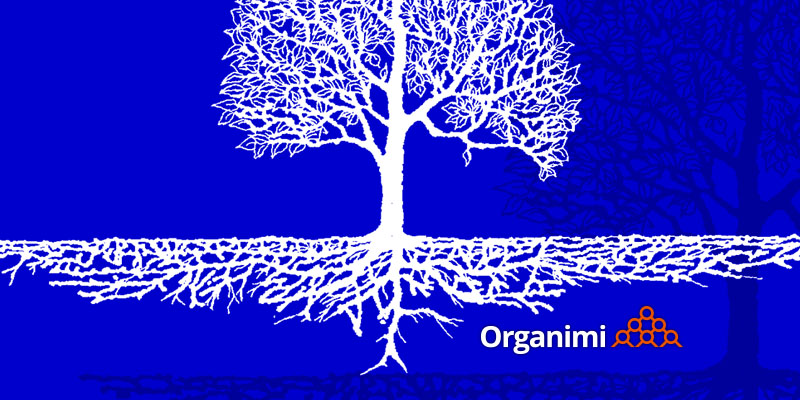 Most people are proud of their roots. Where we have come from has a big influence on where we are going, and where we hope to end up.  When we think about that future, most people would love to be able to predict just where we will end up, and how we will fit in when we get there.

At Organimi we spend a lot of time thinking about organizations – what they look like and how they work today, how that may change in the years to come, and what that all says about what we at Organimi, as a cloud based org charts company, should be focusing on, in addition to creating simple easy to use organizational chart software.

But some times you also need to look a lot further down the road…or as Wayne Gretzky (as channeled by Steve Jobs in this recording) famously said, “go where the puck is going to be, and not where it has been”. 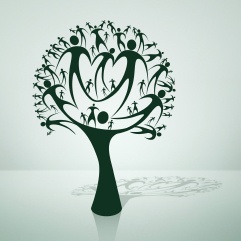 As far as roots go, Organimi sits in what I like to refer to as the Waterloop, a decentralized cluster of hundreds of knowledge based hardware, software, clean tech and biotech businesses, of all shapes and sizes, anchored by Blackberry and the University of Waterloo in the west, stretching east to Toronto, where UofT provides the other ivory tower bookend, and generates a huge number of computer and life sciences grads, and north to Ottawa, the home of Shopify and the R.I.P. home of Bell Northern Research, a pioneer of global digital communications technology (the forebear of Nortel Networks) for those with long memories that still work.

Roughly the same distance as the drive along US 101 between San Francisco and San Jose, Highway 401 is the umbilical cord connecting the many businesses, research centers, educational institutions and funders that have chosen not to relocate to Silicon Valley and call the Toronto-Waterloo corridor home.  Like all of these other organizations, we live, work and try to help build a better future here.  Dwarfed by Silicon Valley on almost every imaginable scale,  we also benefit from its close proximity with so many transplanted Canadians working in Silicon Valley having lots of advice to offer.

In the here and now, whether viewed as social networks, forums for collaboration, or tools for employee engagement, organizationally oriented technologies (many of which come out of Silicon Valley) appear to be struggling for all of the many implementation failure reasons we would expect.  At Organimi, we’re trying to tackle that adoption-usability challenge, mostly by keeping things simple, and working from the ground up with our users.

In our last blog we discussed some of the “day in, day out” aspects of that challenge – our introduction of new features and the need for user feedback on them that can drive our product forward.  We obsess mostly around product, rather than marketing, as you see.  So we’re grateful to our customers for sharing their feedback and ideas with us and for passing on the good word about us. 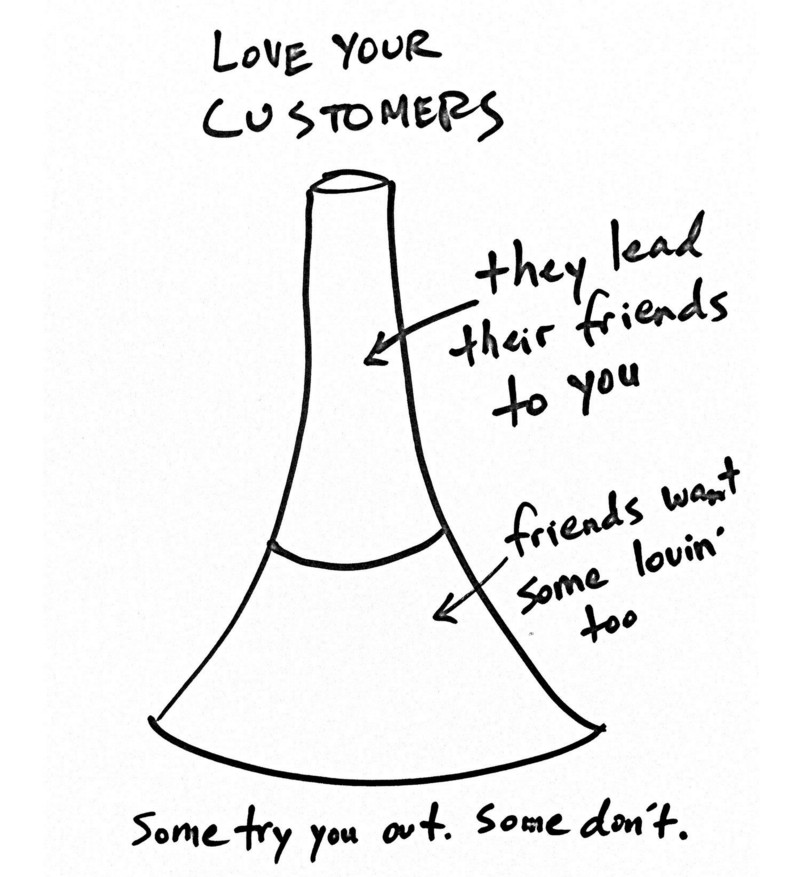 I was struck by the need to think forward after I talked with Organimi co-founder Brett Shellhammer this week about this year’s keynote speakers at the Waterloo 2016 Tech Leadership Conference: Ray Kurzweil and Robin Chase.  Brett gave them rave reviews, but I missed the conference, so I needed to dig in to learn more.  They are two very familiar faces (and messages) in Silicon Valley.

Kurzweil is an author, computer scientist, inventor and futurist.   He is famous for his thought provoking predictions about the future pathways that technology innovation is already opening up; themes that have been repeated in many of his online presentations over the years.  He is also known for his optimism about the next destination they will take us to – the convergence of man and machine in the closer-than-we-think singularity he sees where the intelligence of machines matches that of humans.

We often hear that “no one can predict the future”.  Kurzweil has made a career of doing just that, with better accuracy than most.

We also often hear the common sense advice that “the past is the best predictor of the future”. On that point, Kurzweil’s forecasting tools – at the macro level at least – suggest otherwise.

As he points out, when most of us think about the future, we think in linear terms – a straight line continuing forward from where we have been.  Our organizations of tomorrow, viewed from this perspective, will look very much like they have looked in the past, and continue to look today.

Armed with legions of studies that chart the evolution of science and technology around us, Kurzweil notes that  we are in fact being driven by an exponential wave of technical innovation and knowledge expansion.

“It is in the nature of exponential growth that events develop extremely slowly for extremely long periods of time, but as one glides through the knee of the curve, events erupt at an increasingly furious pace.”

These accelerated logarithmic growth curves, with their successive “paradigm shifts”, are demonstrated most clearly by the price, performance, capacity and bandwidth attributes of the computing and communications technologies we use today to expand our knowledge base.  But, for those looking, these trends are pervasive and evident across many areas of science, affecting all facets of our life.

“We use one stage of technology to create the next stage, which is why technology accelerates, why it grows in power.”

Kurzweil’s perspective – developed over a lifetime of studying the interplay between technology and human intelligence – enabled him to predict with confidence – a decade before the Internet came into public consciousness – that the ARPANet, a Defense Department project linking a few thousand scientists launched in the 1970s, would become a global network of knowledge databases connecting hundreds of millions of users world wide.  It enabled him to predict with confidence — again correctly — that the mapping of the human genome – a project many in the health sciences community expected to take hundreds of years,  would be successfully completed within the span of little over a decade.  At 1% completion after 7 years, he could say with confidence “we’re almost done”.

It is this same framework that causes him today to confidently predict — as examples of his law of accelerating returns — that rapid, decentralized and widely dispersed innovations generated through the use of these continuously improving technologies will enable us in coming decades to intimately understand (and replicate procedurally as software) the inner workings of the human brain, create entirely new types of computing platforms combining nano and bio technology that will make today’s systems appear prehistoric by comparison, and deliver unimaginable breakthroughs in knowledge development, health care and longevity as a result.  More profound still is the mutually-reinforcing “merger” of artificial and human intelligence which he expects to lead to a further paradigm shifting explosion of knowledge.  Sound far fetched?  As Kurzeill notes:

The basic feasibility of communicating in both directions between electronic devices and biological neurons has already been demonstrated. 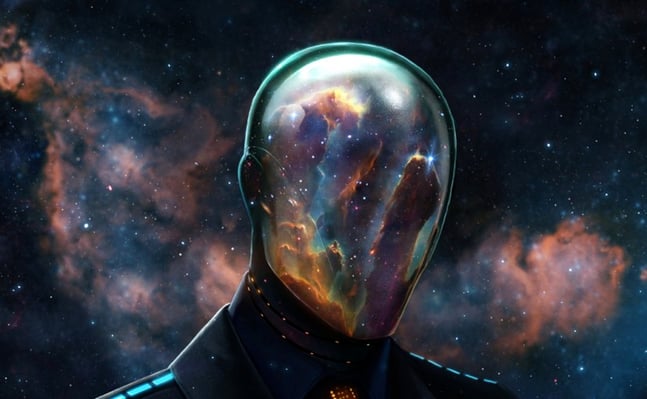 Recent developments in brain research – exploring how we learn and how we can actually see our brains adapt to new scientific discovery – support his view.  (These research findings also provide some measure of comfort about how we – as the human part of this equation – will evolve.)  But so does common sense.  One need only look back at the Commodore 64, the rotary phone, or any other device you can think of as a fixture at your grandparent’s home to realize how far we have come in a short span of years.

Or consider that in popular culture we once thought of the “Martians” as the primary other-worldy threat as we pondered the question of the possibility of other life in the universe.  A short time later, in the farthest reaches of space, we are today confirming what some have long suspected but until recently could not possibly know – the likelihood of a significant number of other suitable life sustaining exoplanetary locations in our galaxy.  Discoveries that will focus the energy and efforts of coming generations of man and machines for at least some number of decades are still to come.  Or, as Kurzeil would say “we’re almost done that”. 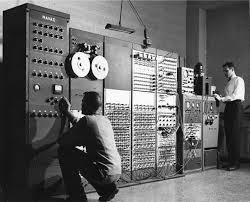 It was interesting that Robin Chase, shared the stage with Kurlzeil as a key note speaker.  If he is the technocratic determinist, Robin Chase is the democratic humanist.  An early evangelist for the peer to peer collaboration or the “sharing economy”, Robin famously focused on car sharing (Ziplocal), ride sharing (GoLoCo) and other sharing economy initiatives to drive desireable social benefits (reduced carbon footprint, cleaner air, and more efficient capacity utilization for resources – human and physical) some years before Uber was formed.  She was ahead of her time in many ways, living the future in the present, living her values with the goal of changing the world for the better, and harnessing the determination of like minded individuals.

A successful entrprepreneur in his own right, Kurzweil understands the importance of hard work, luck and timing in the successful exploitation of technical innovations.  He has commented that inventing is a lot like surfing: you have to anticipate and catch the wave at just the right moment.   But you don’t get the sense that Robin feels like she left a lot on the table as GoLoCo was shuttered and overtaken by the likes of Uber, Lyft and Didi.  Rather, they proved her point. 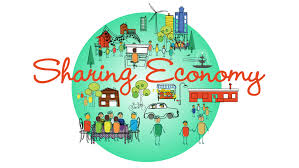 In her most recent book on the sharing economy Peers Inc. : How People and Platforms Are Inventing the Collaborative Economy and Reinventing Capitalism, Chase suggests that the combination of people power and organizational power embodied in the sharing economy enables a creative explosion of new possibilities for collaboration.

Entirely new experiences, businesses and industries are possible, based on combining the scale and resources of corporate structures, with the individual strengths of localization, specialization, and customization. As she observes “when excess capacity is harnessed by the platform and diverse peers participate, a completely new dynamic is unleashed”.  We see the ripple effects of this dynamic at work almost weekly now as new talent platforms, sharing services and other collaborative economy business models emerge.

So what DOES all this suggest about the future evolution of organizations – the networks of individuals that sit on top of this dynamic and fast changing technology landscape?

To us at Organimi, all of this strongly suggests that the recent and still nascent changes in organizational structures we have been writing about – as virtual teams and virtual organizations develop – will not just continue, but emerge at an accelerate pace in coming years.  We’re working to be where the puck is going, not where it is.

Looking forward, it is likely that organizations themselves will evolve and these changes may occur more rapidly and unexpectedly than some might expect.  Here are some samples you can perhaps get to by using Kurzeil’s version of a technology “Mercator projection” :

This all sounds like heady stuff we know, possibly even crazy.  But when you look at how really smart people like Ray Kurzeil and Robin Chase think, and point and figure that thought process forward a few years, it starts sounding not only possible, but probable.

We have a pretty simple concept at Organimi.  We think org charts are important today and will be important moving forward to help organizations and individuals manage this transition, including the chaotic and evolving set of “virtual” relationships and connections that is just now starting to emerge.  Meantime, we have a product to make better.  So we hope you check it out and help us do that.