The University of Toronto is a public research university in Toronto, Ontario, Canada. It was founded by royal charter in 1827 as King’s College, the first institution of higher learning in Upper Canada. Originally controlled by the Church of England, the university assumed its current name in 1850 upon becoming a secular institution.

A collegiate university, the institution is made up of 11 colleges each with a great deal of autonomy in their financial and institutional affairs, and each one has its own character and unique history. The St. George campus is the main campus of the university’s tri-campus system; the other two are in Scarborough and Mississauga.

700 undergraduate and 200 graduate programs are offered by the university, which consistently ranks in the world’s top ten universities and number one in Canada. It also receives the most annual scientific research and endowment funding of any other Canadian university.

The Office of the President is dedicated to supporting the President’s leadership and strategic direction of the University and includes roles such as the Executive Assistant to the President and Chief of Protocol. 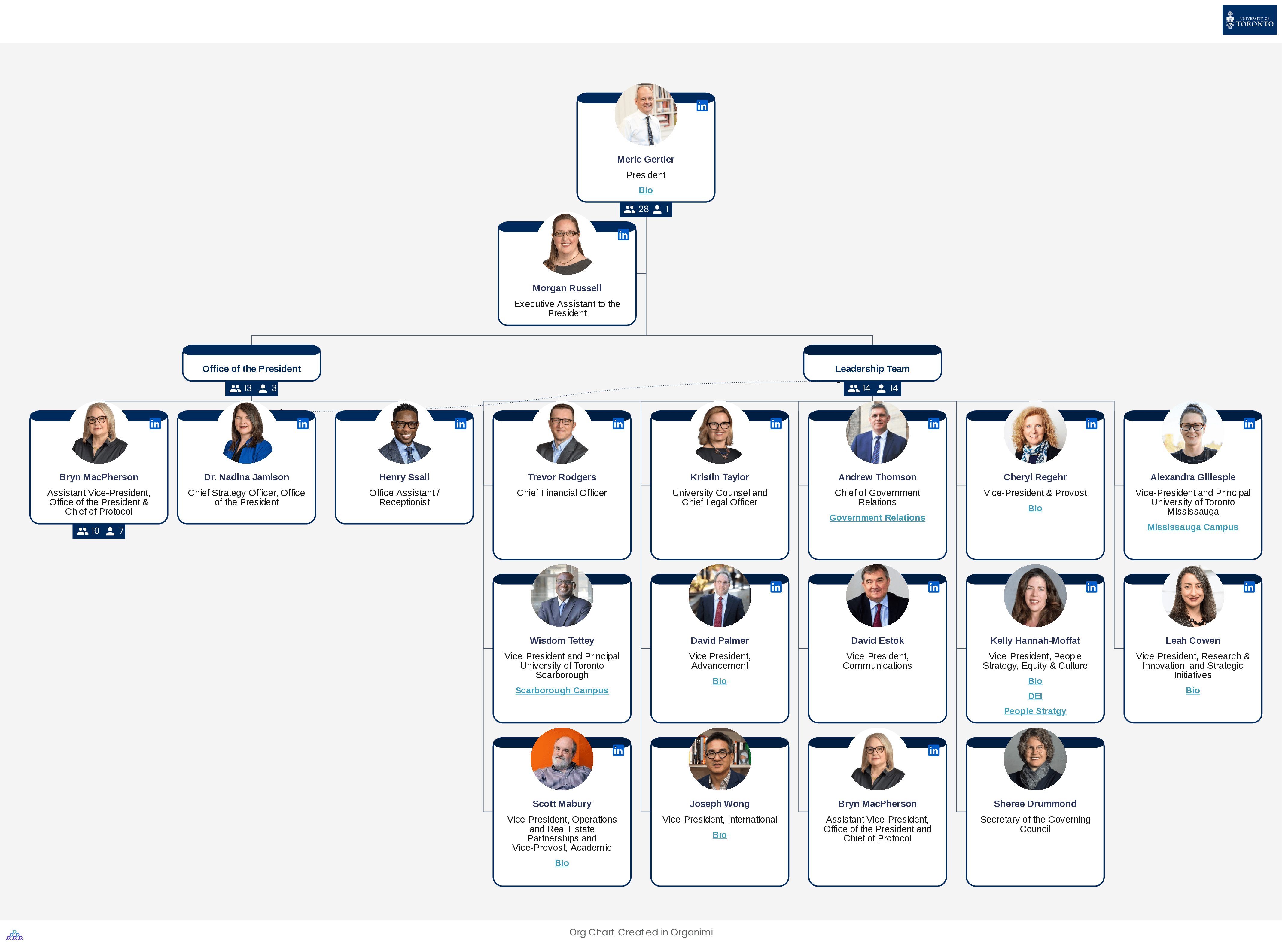 As is seen with many institutions of higher education, the University of Toronto operates with a functional structure. Many leaders within both the Office of the President and the Presidential Leadership Team oversee different functions within the university, and all

In a functional organizational structure, an organization is divided up according to focus areas, and each focus area has a designated leader who has ultimate day-to-day responsibility for it. These include the three campuses, the college system, and all faculties and schools, each of which is led by a Dean.

The primary advantage of a functional org structure is that it more readily supports innovation because it’s usually the case that each function operates autonomously and is responsible for its own success. This motivates employees within each individual function to take ownership of their roles and produce strong results.

You can download the CSV file of University of Toronto’s org structure, import it into Organimi and start editing this chart right away! Here’s how: