T-Mobile US is a telecommunications brand that is currently the second-largest wireless carrier in the United States, with an estimated 110 million subscribers as of Q2 2022.

The company was founded in 1994 as VoiceStream Wireless before Deutsche Telekom purchased it in 2001 and renamed it after its existing T-Mobile brand. T-Mobile US provides wireless voice and data services in the United States under both T-Mobile and Metro by T-Mobile brands. The company also serves as the host network for many mobile virtual network operators.

On June 25, 2018, T-Mobile and Nokia completed their first bi-directional 5G NR transmission in the 28 GHz frequency compliant with 3GPP 5G standards. This was recognized as a huge step forward to building a nationwide 5G Network at the time.

T-Mobile US, as a subsidiary of Deutsche Telekom, has its own team of executives who oversee the company’s day-to-day operations. This team is currently led by President & CEO Mike Sievert, who is supported in his role by 16 C-level executives, presidents, and executive vice presidents who take charge of functional areas of the business. 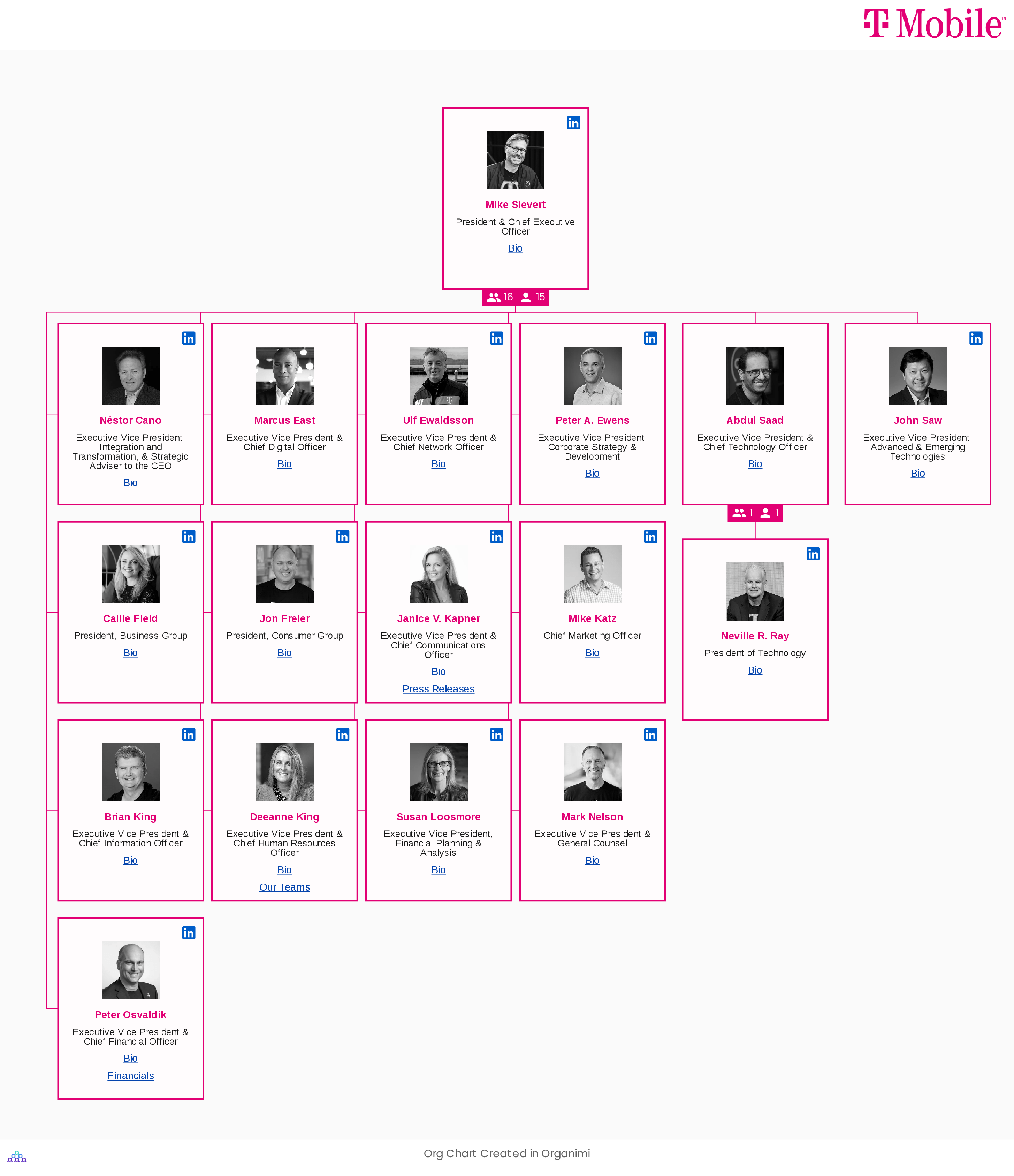 Most large organizations like T-Mobile US are also overseen by a board of directors. This is the governing body of a company that’s elected by stockholders, with members often selected for their expertise in a particular area or their industry connections. 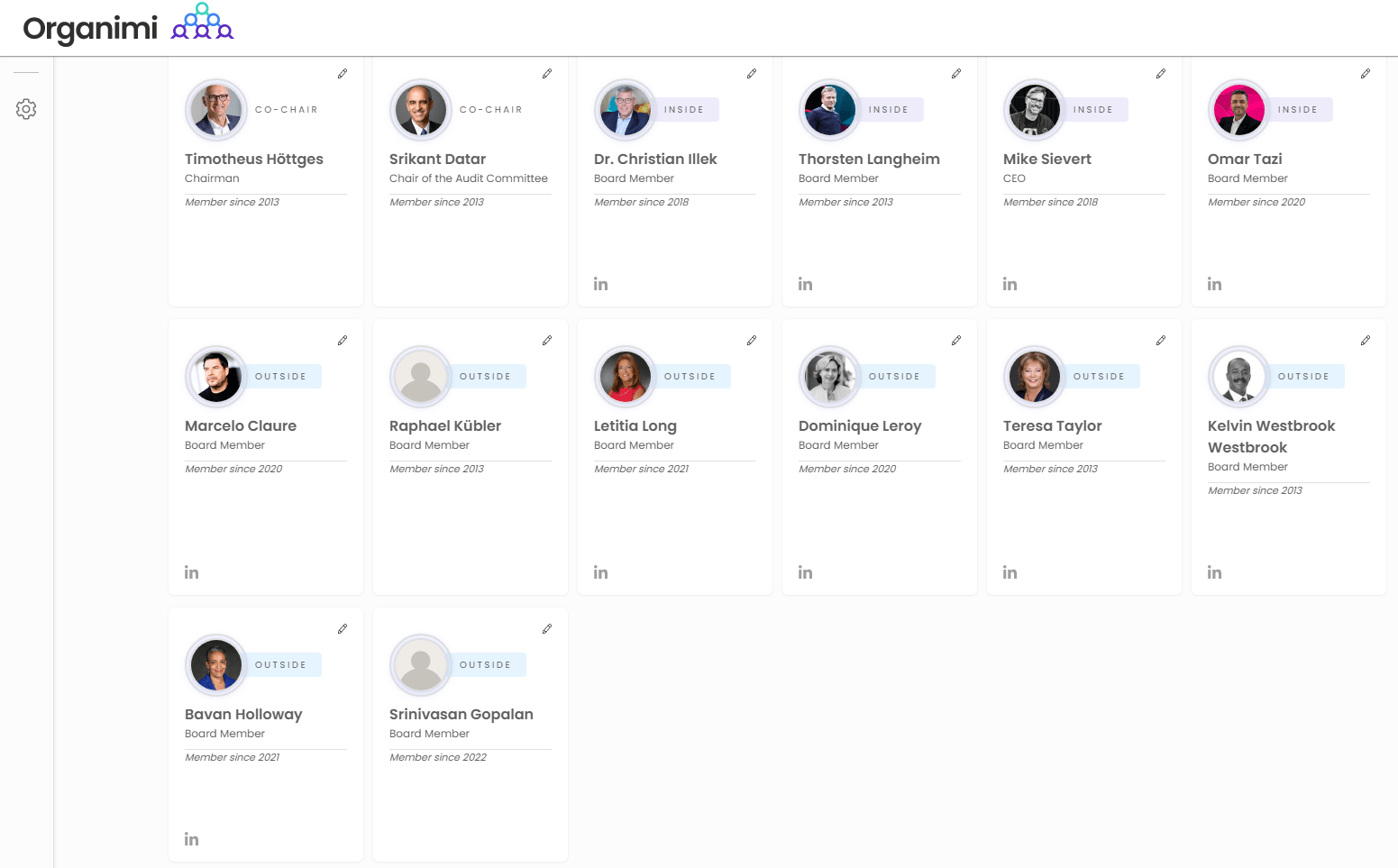 T-Mobile US underwent a substantial restructuring following its merger with Sprint Corporation in 2020. “To create this future, we need to bring together the BEST of BOTH T-Mobile and Sprint – the best of our people and cultures,” Legere and Sievert wrote in a letter to employees at the time of the merger.

While some executives continued in their existing roles, some T-Mobile and Sprint executive roles were combined, and others took over new positions. Abdul Saad, then-SVP of technology at T-Mobile, for example, was promoted to CTO, while then-Sprint exec Deeanne King took on the role of EVP & chief human resources officer.

Looking at T-Mobile US’s current organizational chart, we can see that the company operates with a classic corporate hierarchy in terms of its organizational structure. A traditional hierarchy has many different layers of management and lines of authority, just like T-Mobile US with its large executive team, whereby information and decisions flow up and down a corporate chain of command until it reaches the relevant team, people, or person.

At the top of T-Mobile US’s hierarchy is the President and CEO, followed by the three Presidents of the company’s three focus areas: Business Group, Consumer Group, and Technology. Immediately following these Presidents are the Executive Vice Presidents who are the C-level executives for functional areas, including HR, Finance, and Marketing.

You can download the CSV file of T-Mobile’s org structure, import it into Organimi and start editing this chart right away! Here’s how: