PayPal is an American multinational financial technology company that operates its online payments service in the majority of countries that support online money transfers, providing an electronic alternative to traditional paper methods such as checks and money orders. The company operates as a payment processor for online vendors, auction websites, and many other commercial uses in addition to non-commercial uses.

PayPal is one of the Internet’s earliest success stories, established in 1998 as Confinity. The company went public through an IPO in 2002 and became a wholly owned subsidiary of eBay later that year, valued at US$1.5 billion. In 2015, eBay spun off PayPal to its shareholders, and PayPal became an independent company again.

In the 2022 edition of the Forbes Fortune 500, PayPal was ranked 143rd in terms of the largest U.S. corporations by revenue.

PayPal’s day-to-day operations are overseen by the PayPal Executive Leadership Team, led by President and CEO Dan Schulman who is supported by 12 executive vice presidents who have oversight of areas including finance, global sales, product, technology, information, and more. 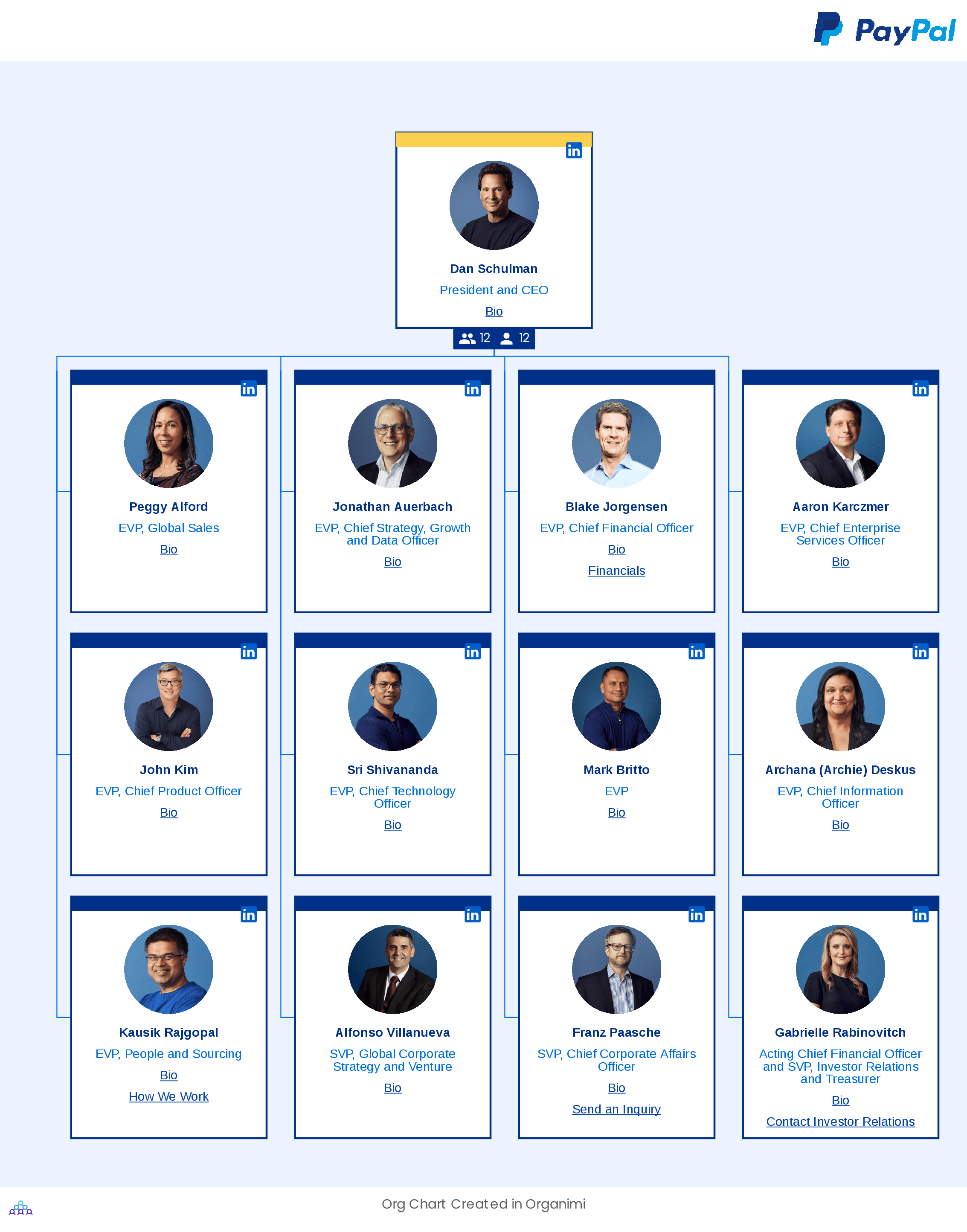 Many large organizations like PayPal are also overseen by a board of directors. This is the governing body of a company that’s elected by stockholders, with members often selected for their expertise in a particular area or their industry connections. 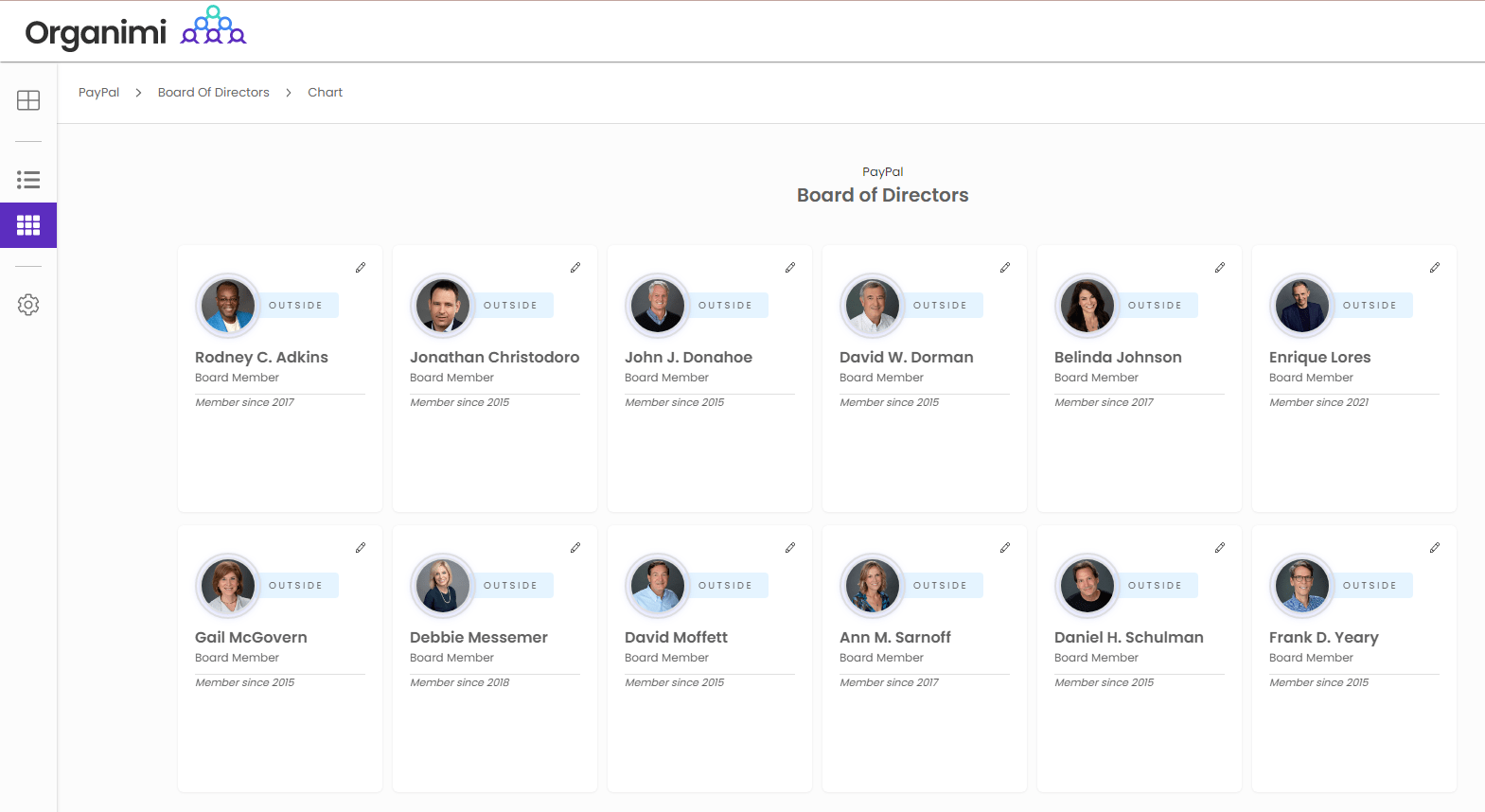 PayPal has undergone several high-level structural changes in its time, particularly when the company was acquired by eBay in 2002 and sold off in 2015.

Today, the makeup of PayPal’s operations points to a traditional hierarchical org structure, reflective of the date of its founding in 1998, when the organizational hierarchy dominated. A traditional hierarchy has many different layers of management and lines of authority, with information and decisions flowing up and down the corporate chain of command until it reaches the relevant person.

PayPal’s hierarchy has the President and CEO Dan Schulman at the top. Below the CEO in the hierarchy are, as illustrated by the above org chart, several EVPs who manage the following functional areas for PayPal:

You can download the CSV file of PayPal’s org structure, import it into Organimi and start editing this chart right away! Here’s how: