Delta Air Lines is one of the major airlines of the United States and a so-called “legacy carrier”, an accolade awarded to U.S. airlines that had already established interstate routes before the beginning of deregulated-led route liberation in the late 1970s. The carrier is also one of the world’s oldest airlines still in operation, originally founded in 1925 before beginning operations four years later in 1929.

Delta has nine hubs and operates over 5,400 flights daily, serving 325 destinations across 52 countries. A member of the SkyTeam alliance, it’s ranked among the world’s largest airlines by the number of scheduled passengers carried, revenue passenger-kilometers flown, and fleet size with more than 880 commercial aircraft.

The airline has grown substantially in its near century of existence. In 2008, Delta announced that it was to acquire Northwest Airlines following regulatory approval. Northwest continued to operate as a subsidiary of Delta until December 2009, when the Northwest Airlines operating certificate was merged into Delta’s. By 2010, the Delta-Northwest integration had been completed.

Delta is a publicly traded company that is listed on the New York Stock Exchange under the symbol DAL. In 2012, the company posted an annual profit of over one billion dollars.

Create a Chart, Photoboard or Directory!

The Leadership Committee is made up of several key executives who report directly to the CEO and are responsible for managing and overseeing key parts of the business, such as Customer Experience, International Operations, and Marketing & Communications. 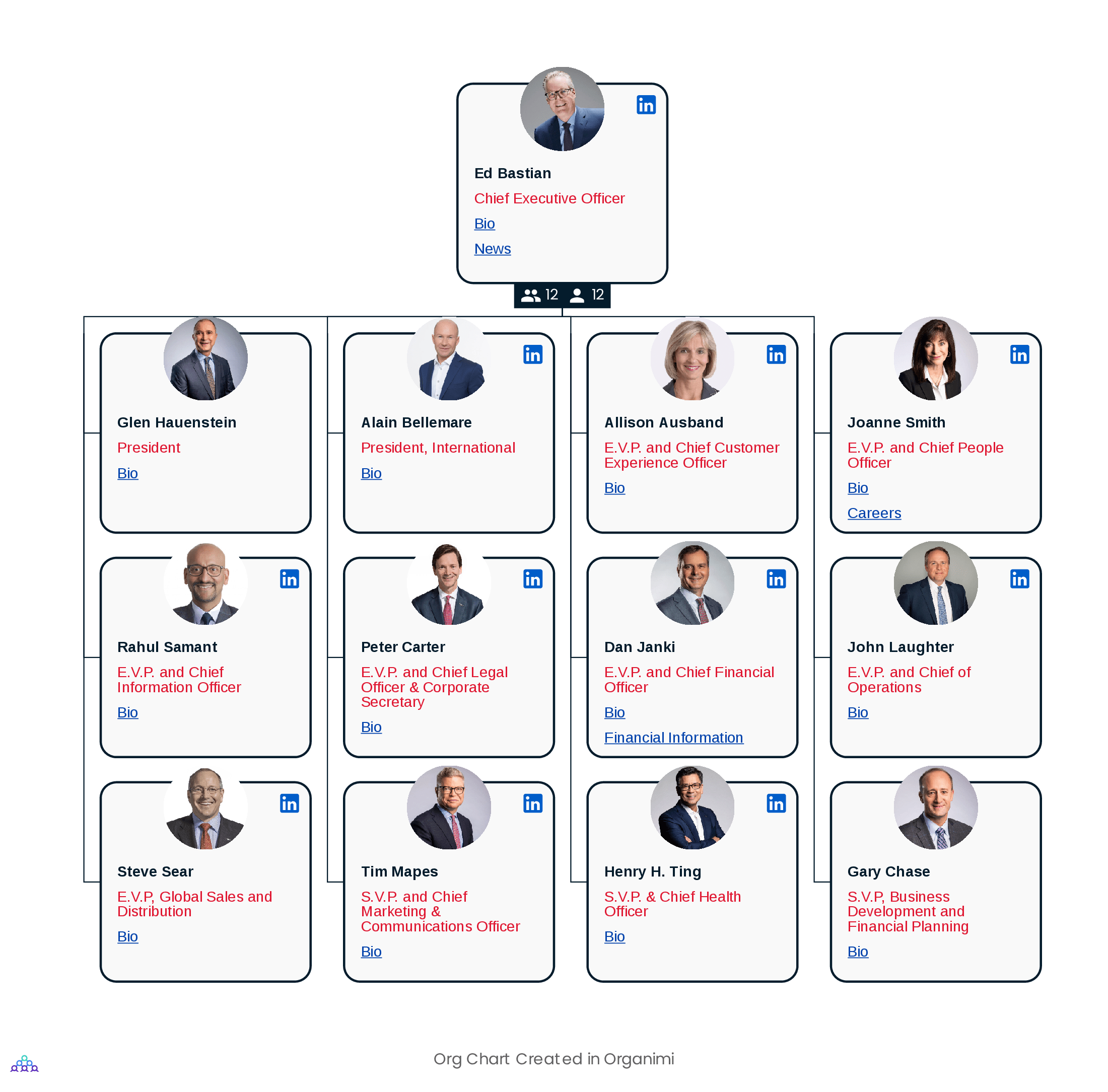 Delta’s organizational structure fits the mold of a hierarchical bureaucratic structure where most of the important decisions regarding operations, finance, and other key areas are made at the “top” of the organizational food chain—i.e., by senior executives—while lower-level day-to-day operations are controlled by managers lower down the chain.

Characteristic of a hierarchical structure, there exist a number of standardized procedures for different employee groups at Delta, such as the pilots, the flight attendants, and ground support staff. As we can see from the above org chart, the management structure is vertical in nature, as is typically the case in a hierarchical organization. Communications also flow vertically, meaning information flows from the top of the chain down to its operating core.

There are many ways by which Delta benefits by operating with a hierarchical organizational structure with a strong, clear chain of command. These benefits include:

You can download the CSV file of Delta’s org structure, import it into Organimi and start editing this chart right away! Here’s how: