In 2020, Sony announced that it planned to change its company name from Sony Corporation in a relaunch as Sony Group Corporation, effective April 1, 2021. This relaunch was announced with the objective of increasing the overall value of the Sony Group.

In conjunction with this change, the Sony Group’s executive structure was optimized for the purposes of a new group-wide management structure, and new executive structures were created for key electronics businesses including Music, Game & Network Services, and Imaging & Sensing Solutions.

Sony Group Corporation’s executive team was also re-formed from the heads of Sony’s key group headquarters functions and core Sony Group businesses, and structured in a way that enables the Group to effectively formulate and execute corporate strategies. 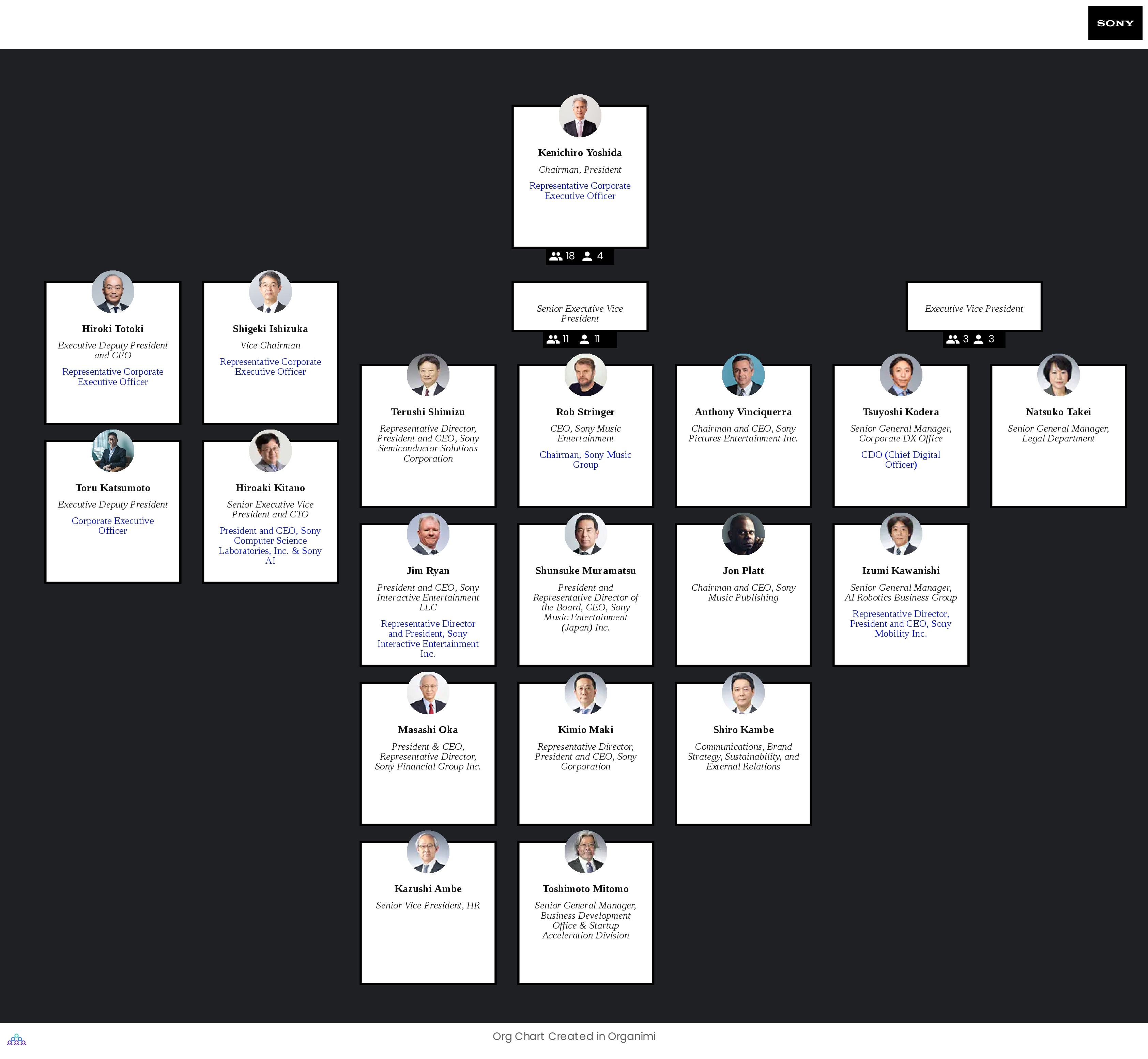 Sony’s organizational structure incorporates several different types of org structures. It is primarily based on functional and business-type groups but includes geographic divisions and elements found in matrix organizations, too.

As of the company’s recent relaunch, there are six key functional and business divisions under the Sony Group Corporation umbrella. These are:

Each of these divisions is led by a Sony Group Corporation executive.

For example, Senior Executive Vice President Rob Stringer is designated as the Officer in charge of Music Business (Global) within Sony Group Corporation. In this role, he is also the Chairman of Sony Music Group and the CEO of Sony Music Entertainment — both of these are independent entities with their own executive and organizational structures.

The key advantage of operating Sony as several independent business groups is flexibility. It enables the company to respond more quickly to changes in trends and market demands when operating in several different markets and industries such as music, gaming, consumer electronics, and microelectronics. Sony’s structure also has the advantage of being able to easily focus specialist resources on specific businesses or product types to support innovation and product development.

If you want to learn more about org structures and the important role that they play in organizations like Plan International, here are some resources that you can start with:

You can download the CSV file of Sony’s org structure, import it into Organimi and start editing this chart right away! Here’s how: