Mohawk College of Applied Arts and Technology is a public college of applied arts and technology located in Ontario, Canada. Mohawk College is a fully accredited college and a member of the Association of Community Colleges of Canada (ACCC) and is spread out across three main campuses–Fennell, Hamilton, and Stoney Creek.

Mohawk College was established during the formation of Ontario’s college system in 1966, and the school was officially founded in 1967 as part of an initiative to create new advanced educational institutions in Ontario. The name ‘Mohawk’ was chosen as a mark of respect to Joseph Brant, a noted political leader and Chief of the Mohawks during the American Revolution, who played a key role for the then British Colony which is now Canada.

The Executive Group is led by President & CEO Ron McKerlie and six other officials:

Immediately subordinate to the executive team is Mohawk’s Senior Leadership Team. This crosses over somewhat with the Executive Group as it includes several members of it in addition to other executive-level roles (Chief Information Officer, Chief Human Resources Officer) plus non-executive roles such as the Deans of Mohawk’s schools and some corporate secretaries. All members of the senior leadership team report to President & CEO Ron McKerlie and the heads of their respective divisions. Deans of school, for example, will report to both the President & CEO and VP Academic Alison Horton. 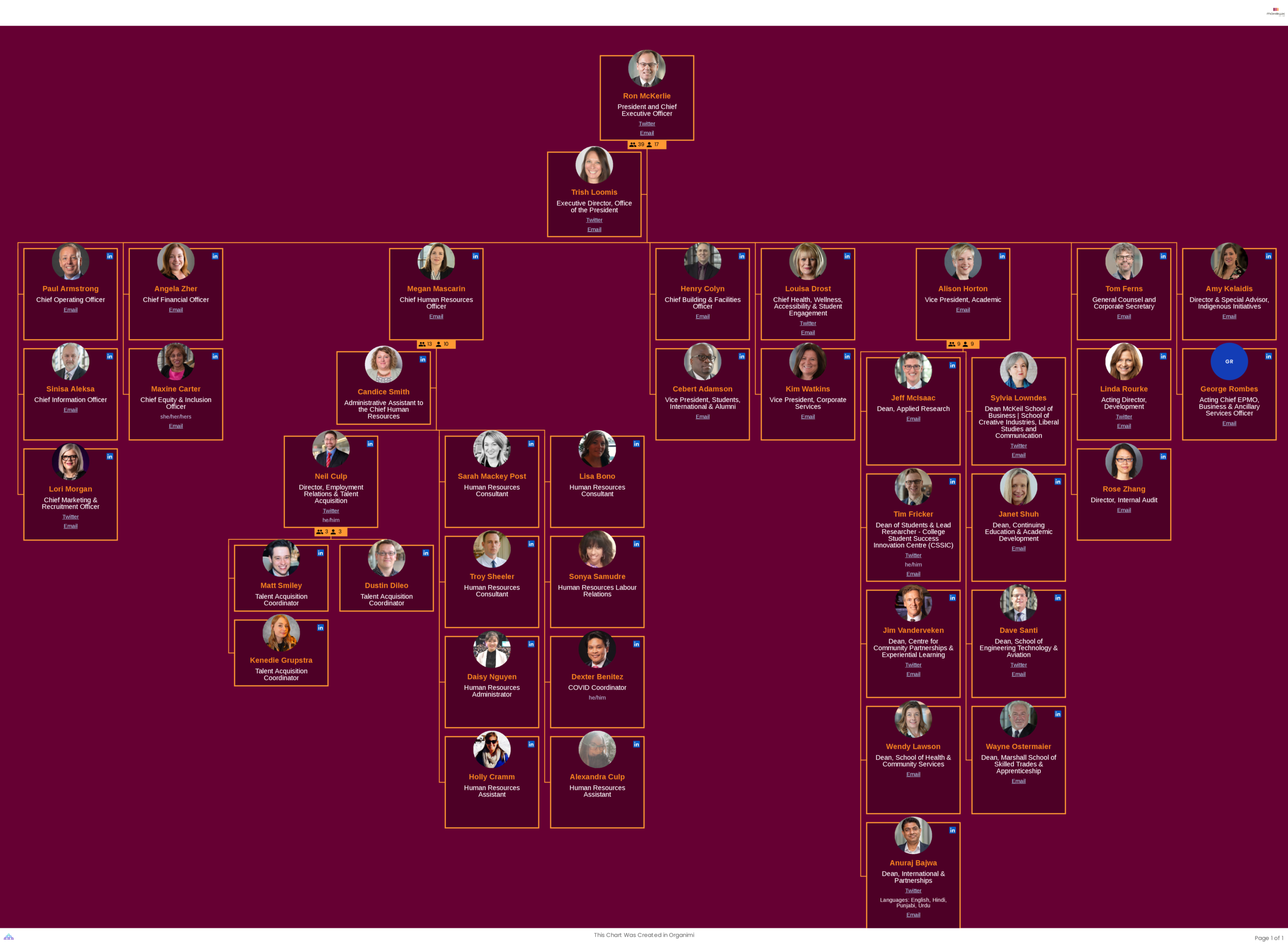 A ‘Top Employer’ In Toronto

The way Mohawk College is organized and managed has led to it being named a top employer in Toronto on several occasions. Mohawk offers plenty of opportunities for further training and career development. Everyone has room to grow within the organization regardless of their position.

Chief Human Resources Officer Megan Mascarin says that she was attracted to Mohawk College based on its track record when it comes to diversity and inclusion, among other things. “Employees want to feel good about the organization they work for. It feels good to work for an organization that has taken real action to address an important issue like climate change,” she said in an interview shortly after taking up her role in January 2020.

You can download the CSV file of Mohawk College’s org structure, import it into Organimi and start editing this chart right away! Here’s how: