The Canadian Red Cross Society is a humanitarian organization, one of a network of over 190 Red Cross and Red Crescent societies worldwide.

Conrad Sauvé has been the President and CEO since 2008. Under his leadership, the Canadian Red Cross has bolstered its capacity in emergency management and health programming and made significant contributions in the wake of both domestic and international emergencies.

Sauvé is supported by an executive leadership team who are responsible for overseeing various aspects of the Canadian Red Cross charitable organisation. These include:

In addition, the Canadian Red Cross also has a team of provincial leads responsible for overseeing operations in the relevant Canadian province. These people are:

Due to the existence of both Executive Leadership and Provincial Leadership, it can be said that the Canadian Red Cross operates a matrix organizational structure—where some individuals report to more than one supervisor or leader.

For example, while CPO Ann Clancy in her capacity as an executive will be the ultimate authority on and have responsibility for all the volunteers within the Canadian Red Cross organization, VP Ontario Tanya Elliott will also be responsible for overseeing the volunteers operating in Ontario. This means some Ontarian volunteers, most likely those volunteering at a managerial level, will report to both Elliott and Clancy. 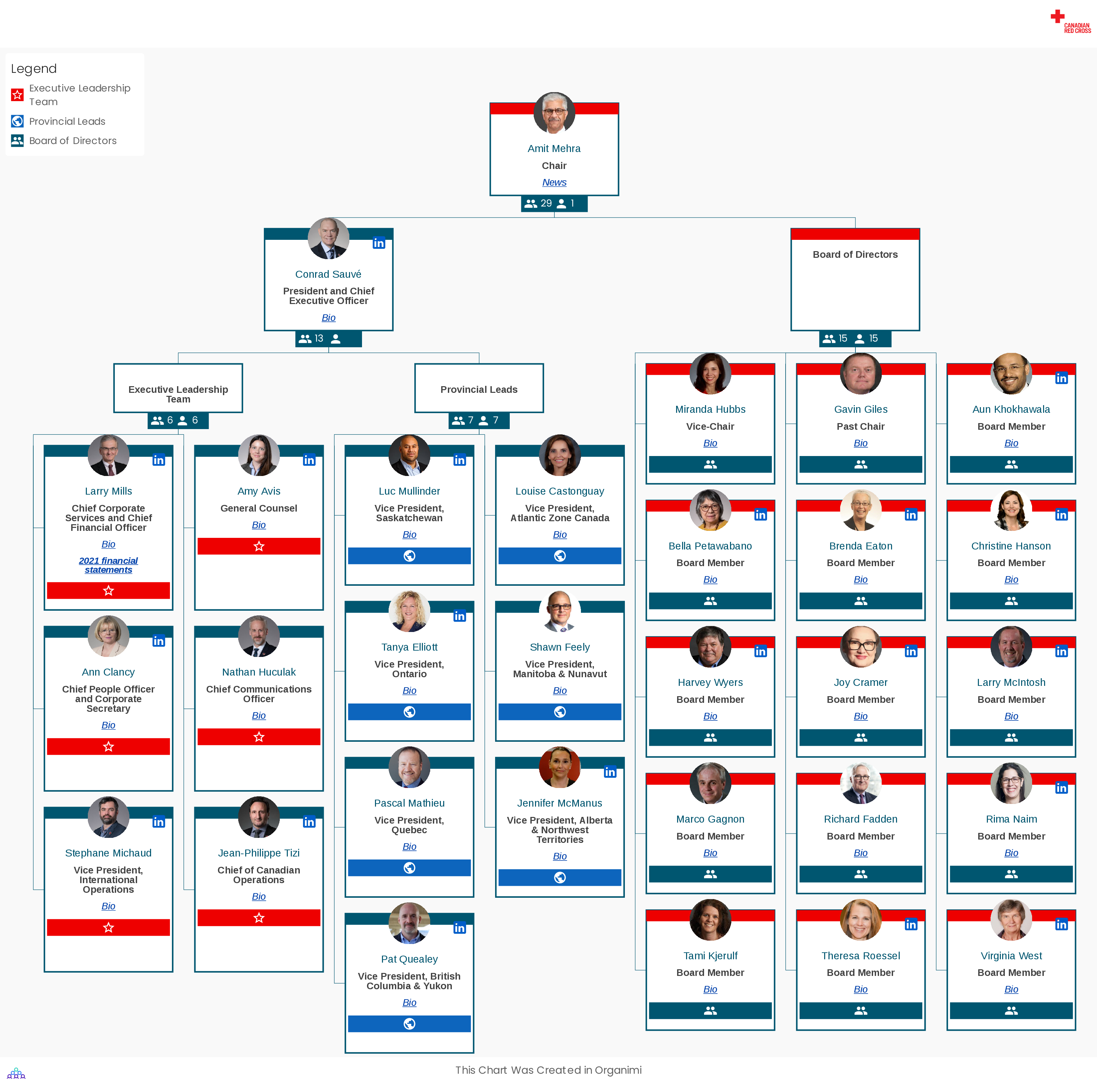 Why This Organizational Structure Works

For a charity like the Canadian Red Cross that by nature of its operations needs to be able to operate quickly developing incidents, such flexibility is crucial to its mission.

By having individual provincial heads, provincial divisions of the Canadian Red Cross can operate almost autonomously where necessary to respond to incidents and disasters taking place within their geographical areas.

At the same time, each province remains “attached” to the rest of the organization via the executive team which can issue directives and make decisions that bind the entire Canadian Red Cross organization.