What is Quiet Quitting? The Latest Workplace Trend to Watch Out For 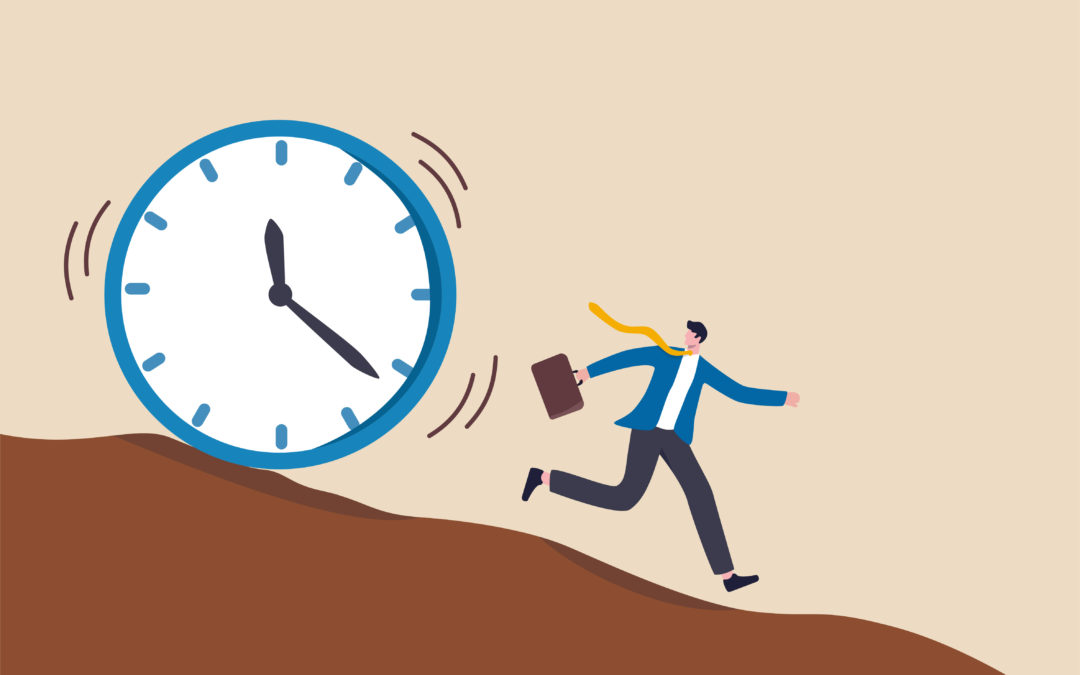 Closing your laptop at 5 p.m. on the dot, only doing tasks that fall under your remit, never checking your emails outside of working hours, and spending more time doing the things that you love instead. These are just a few examples that have been used to describe the latest workplace trend known as “quiet quitting”.

It’s a trend that’s going viral on social media and among the so-called “anti-work movement”, but it isn’t exactly what it sounds like; it isn’t really about quitting, and there is there anything quiet about it.

What is Quiet Quitting?

Put simply, quiet quitting is a trend whereby employees take a step back from the day-to-day grind and limit their work to contract hours. Nothing more, nothing less. No overtime. No going above and beyond. Instead, workers are choosing to do what’s in their job description and drawing the line there.

Although it began as a small movement among office workers looking to establish permanent boundaries between work and life following the pandemic, quiet quitting has quickly grown into a trend that is sweeping the working population by storm.

According to S. Chris Edmonds, founder and CEO of The Purposeful Culture Group, a Colorado-based consultancy that helps organizational leaders build positive workplace cultures, it’s the drastic workforce shift during the pandemic that brought about the rise of the quiet quitting trend.

Why Are Employees Quiet Quitting?

Those who support quiet quitting largely reject the idea of the so-called “hustle mentality” and instead, they’re doing the bare minimum. TikTok creator Zaid Khan summed the whole movement up in a video posted to the platform in July: “You’re not quitting your job, but you’re quitting the idea of going above and beyond,” he explained in the video, which has been viewed by millions.

According to Natalie Baumgartner, chief workforce scientist at employee engagement company Achievers, it’s often the case that quiet quitters are putting up more boundaries between their work and private life by “saying no more instead of yes,” she said, speaking to The Washington Post.

Although it’s easy for managers to interpret this as employees choosing to be non-compliant and insubordinate, Baumgartner says that it could be a sign that workers are trying to find ways to feel less burnt out, more motivated, and more engaged. In other words, quiet quitting, whether conscious or unconscious, is symptomatic of a more deep-rooted problem that could be traced back to organizational culture.

Quiet quitting is something of a misnomer because it isn’t quiet at all. In fact, the signs of quiet quitting should be easy to spot for any organizational leader that’s paying attention to their workforce.

Classic indicators include diminished engagement from employees and general low motivation. This can manifest in many different ways, such as more employees withdrawing themselves from work-based social circles, cynicism or apathy, and limiting their communication and interaction to only what’s required. Quiet quitting could also manifest as complaints from colleagues about the employees who are quietly quitting because they’ve had to pick up the slack.

Any of these signs should immediately ring alarm bells for any manager or leader to intervene quickly. Just like quiet quitting is quickly becoming a trend on social media, it could become a dangerous attitude in the workplace if it catches on as employees begin to feel like they relate with the movement because their work is taking more than it’s giving.

With organizations facing challenges such as the “Great Resignation” and worries of an impending economic downturn, it’s crucial that leaders address the elephant in the room and take steps to prevent employees from being encouraged to quietly quit.

From a leadership or managerial perspective, it’s important to understand your employees and ensure that they feel supported in their respective roles. This is because if you don’t understand the state of your employees, things will happen that you’re going to get caught out by. Quiet quitting is a great example of this. Despite it being such a widespread trend, few leaders actually know what it is.

Speaking of leaders, their responsibility is to determine what workers perceive as fair for their roles and ensure that they’re not pushed too hard to exceed it. Leaders should focus on engaging in discussion with employees and build relationships to facilitate this.

These discussions could even expand beyond work to include personal elements because these can often affect their work life. Firm boundaries can then be set to help employees feel more secure in their roles and ensure that they don’t burn out or feel that they’re putting more into their jobs than they’re getting from them.

Experts have advice for nervous leaders who genuinely want to quell the need for quiet quitting: “Managers are really important, and that does start at the top,” Jim Harter, chief scientist of workplace and well-being at Gallup, said in a recent interview with Today. “It is important to have the right kind of conversations at the right time so that people do know what’s expected of them and their role, and how their work connects to something bigger.”